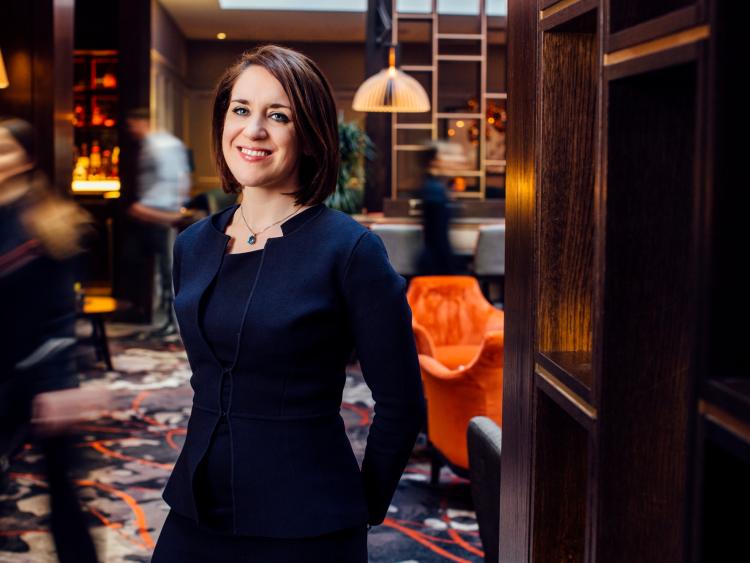 Ms Phelan joined the Company in 2014 and was appointed as Group Head of Financial Reporting, Treasury and Tax in 2017. During her time with the Group, Ms Phelan has played a leading role within the finance team; responsible for the development of the financial reporting function during a period of rapid growth and expansion.

She also led the refinancing of the Group’s debt facilities in 2018 and has been centrally involved in maintaining the Group’s financial strength and liquidity during the coronavirus pandemic. Prior to joining Dalata Ms Phelan held senior finance positions in Ion Equity and KPMG.

She is a qualified Chartered Accountant.

Carol Phelan, hails from Donaghmore. Her father Brendan was a Laois County Councillor for a number of years while her aunt Louise Phelan was European vice-president with Paypal and is now CEO at Phelan Energy Group, an international energy developer founded by her brother Paschal in South Africa.

Another uncle, the late Kieran Phelan was also a member of Laois County Council for many years and was a member of Seanad Éireann on the Industrial and Commercial Panel until his sudden death in 2010.

The job will certainly be a challenge for the Donaghmore native.

Dalata said 2020 was an unprecedented year of challenge for the industry - 68% reduction in revenue leading to loss after tax of €101 million. However, the company says it has a robust balance sheet with hotel assets of €1.2 billion.

The group is also planning for the future with almost 3,300 rooms across Ireland and the UK in the pipeline at seven new hotels under construction - two in Ireland and five in the UK.

Ms Phelan looked forward to the challenge ahead.

“I am honoured to have been chosen as the new Group CFO of Dalata. This is an important time for the business as we continue to deal with the impact of COVID-19, while ensuring we progress with our development and expansion plans, particularly across the UK.

"I look forward to working with Dermot (Crowley CEO) and the rest of the Dalata team into the future as we emerge in a strong position from the current crisis and continue to deliver on our ambitious plans,” she said.

“We are delighted to announce the appointment of Carol Phelan as Group CFO. Since joining Dalata in 2014, Carol has played a pivotal role in the development of the Dalata financial reporting, tax planning and treasury functions. The strength of these functions has been demonstrated over the last 12 months as the Group dealt with the impact of COVID-19.

"We pride ourselves in Dalata on the quality of our people across the business and of our support of their development and I am very pleased that we are in a position to internally fill the CFO role with someone of Carol’s calibre who has developed within Dalata.”

Dermot Crowley, CEO Designate is looking forward to working with the Laois woman.

“Carol has played a central role within the finance team over the last number of years in what was a period of substantial growth for the business; and, more recently, during a period of unprecedented challenge for our industry. She brings her extensive experience and ability to the role and I look forward to continuing to work alongside Carol in her new position of CFO.”