Jobs sure to flow from project in the National Enterprise Park 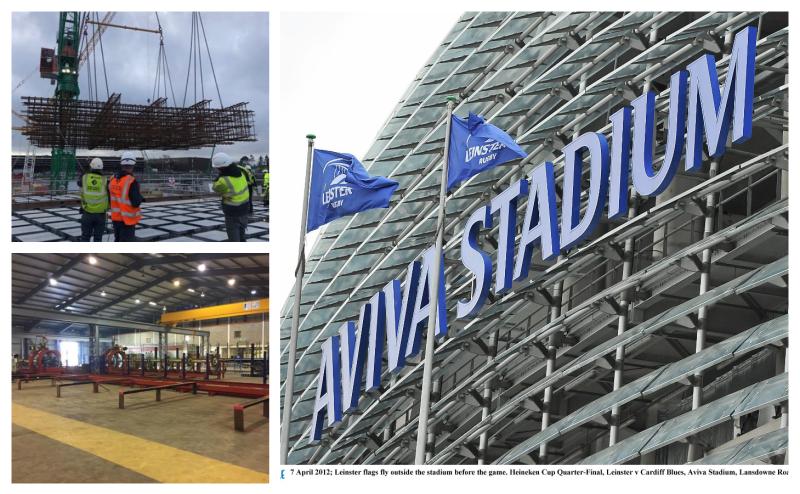 A significant supplier to the construction in Ireland and the UK has launched plans to build a major manufacturing facility in Portlaoise.

Midlands Steel, which was founded in Mountmellick where it still has an operation, wants to develop a substantial manufacturing campus on a three hectare site within the Togher National Enterprise Park.

The company has applied to Laois County Council to develop 10,000 square metre facilities in two blocks in the Park just off the M7. The business park has been developed and opened up to industrial development due to the the building of an motorway link road by Laois County Council.

The application lodged says Block A will be manufacturing plant covering 5366 sq metres. It will include a three storey supporting office building with staff facilities.

A second block will also be a manufacturing building covering 5190 sq metres. It will include a two storey office building with a research and development centre. The block will also includ staff supporting facilities and roof access to green roof area to include recreational roof garden area and screened plant areas.

Solar panels are planned for the roof areas on Block A and Block B. Other infrastructure is also planned to support the operation of the plant.

Midland Steel was founded in 1998 by managing director Tony Woods. The company has grown since to being a market leading steel fabricator in Ireland and the UK.

It claims to offer an extensive range of reinforcing steel products and services to the construction industry in a diverse range of sectors.

The firm has been involved in the supply of materials in the develop residential, commercial, health and sporting facilities in Ireland and the UK. One of these was the Aviva stadium in Dublin while the firm also helped develop Nowlan Park in Kilkenny and Tottenham Hotspur Stadium in London.

Apart from Mountmellick, the company has operations in England and Scotland.

In an interview in Building Ireland in 2019, headlined Midlands Steel comes of age, Mr Woods paid tribute to his staff.

“We have an excellent team who are helping us to achieve the one vision of being an innovative value engineering firm and being the best in the business,” he said.

The application underlines the potential of the Portlaoise park as a hub for business. The local authority has earmarked the land for development for more than two decades but the vision was badly hit by the property crash.

In recent years, a fresh approach was taken with a more direct involvement taken by the council. The local authority purchased the land for the National Enterprise Park from Supermacs which has already opened the Portlaoise Plaza near the entrance of the new park off the M7 motorway.

It has since attracted investment from Glanbia which has built a new mozzarella cheese plant. Aubren which makes air conditioners is also building a big plant on the site.

Laois County Council has produced a Masterplan for the park.

"The vision for the Masterplan is to deliver a viable economic zone, as a National Enterprise Park, focused particularly on heavy, light and ICT industry, distribution, logistics and other uses associated with the transport industry. This has the potential to be a major boost to the economy of Portlaoise and to contribute to the growth of the county and the region
as a whole," says the plan.