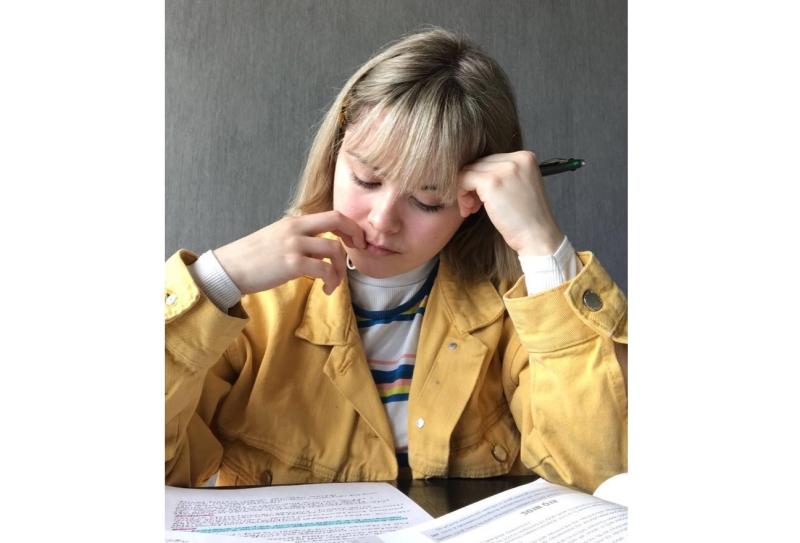 I won’t lie, the first day set off with structure and obedience. I woke up at 8 am like I would any other school day, and after having some breakfast and a cup of caffeine, I sat down and got to work. I ploughed through assigned work from teachers for a solid two hour block, and by 11:00 a.m., I figured I deserved a snack. It was also around this time that the rest of my family awoke. Now, to be frank my family is chaotic. Being in the middle of an eight person family will of course have its benefits as well as its downfalls. We’re a loud bunch, full of life; but full of life spells full of distractions. Within minutes of my brothers waking up, the TV was blaring and ‘Alexa’ was playing ‘baby shark’ upon request. It was due to this I decided I had enough study done for one day, and could probably take a well earned break. Much to the dismay of my mother.

After finally getting over my wandering mind and settling down into a rhythm of systematic study, I was content in my own pattern. The pandemic still appeared to be a far away, distant issue that didn’t affect me. It seemed like a movie, and felt very surreal. I don’t think I had yet climatized to my new reality; it felt like I was simply on Easter break early. I started getting restless. I missed seeing familiar faces passing by in the hallway, yet I still felt like I’d be going into school the next day. After I was satisfied with the amount of study I crammed in, I packed it up for the day.

My sister had been sent home from Abu Dhabi, and since I hadn’t seen her for a long time, we decided to go on a stroll to catch up. Usually I would describe my area as peripheral, boring, far away, and abandoned. However on that walk I saw it in a whole new light. The once bleak and foreboding woods were now a hotspot of squirrels and chirping of birds, the winding roads were no longer endless, but rather different paths to explore. I finally understood the joys of country living. 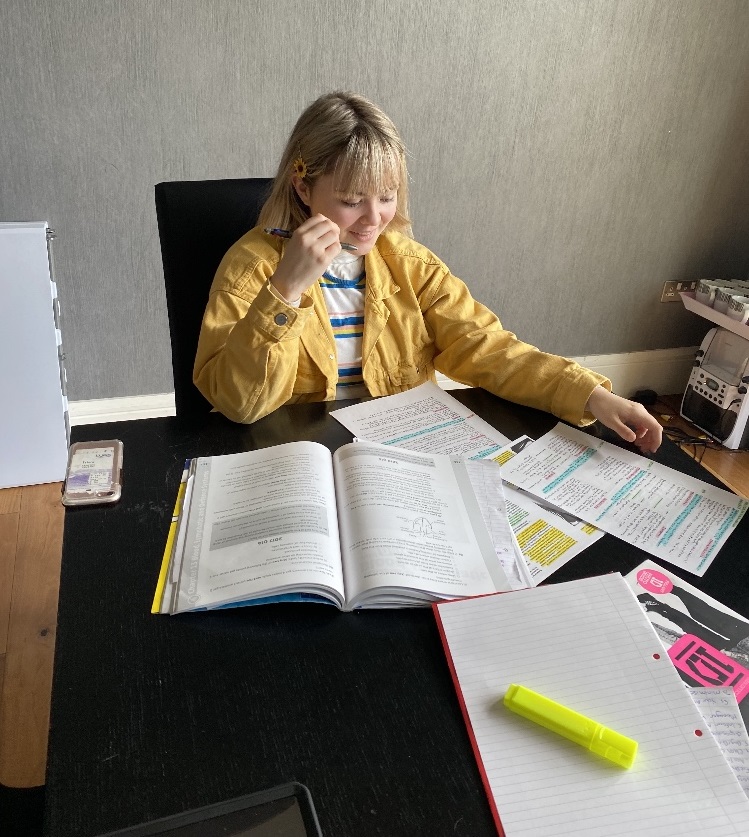 As the cases increased, and so the news reports, I began to understand the seriousness of Covid-19. I stopped seeing the school closure as a personal vendetta that only affected me, and began to see the true, tragic effects this would have on the life’s of millions. It seemed pointless to study for a future that was so uncertain. The leaving certificate exams, which were once a certain destination I would eventually reach, seemed to fade away. Oral exams were cancelled in Irish and french, who was to say that that the written ones would definitely go ahead?

I had fallen in love with going on mid day adventures with no one but my dog, Bengie, in the woods. It was an outlet, an escape from my pestering family. A way to clear my mind. . We would explore a new path in the woods everyday. The only company I had on these walks was bouncing Bengie and the sound of Harry Styles serenading me through my earphones.

Tensions began to grow in my house. It was inevitable. A house of 8 people, ages ranging from 52 – 11, there was bound to be a misunderstandings and arguments. No matter what, siblings fight. It’s just a fact of life. The novelty of my sister returning quickly lost its charm, and sharing a room with her began to become increasingly infuriating. Every morning I wake up to the sight of piles and piles of dirty socks and laundry sprawled across the floor. When you live with someone, little things can tip you over the edge.

Yet, as my entire family sat on the couch glued to the TV as Leo addressed the nation that night, I felt more connected to my family than I ever did before. As we sat together we watched history unfold before us. Little things quickly become irrelevant when the Taoiseach is calling on us to come together as a nation. Fights with my sisters seem selfish, prudent, and just unnecessary.

With this mindset, I let myself mourn for the Harry Styles concert that would have been on. Throughout the past few days, I ignored what I deemed selfish and irrelevant problems, but with one Instagram post from Harry Styles, they all came bubbling back to the surface. I’m not going to lie, I did feel like a blubbering toddler crying over spilt milk- but it did give me an outlet. As though someone had turned on a tap, everything I pushed away came out. You do always feel better after letting it all out.

That is my experience so far in isolation- or ‘my’solation. Although there are bigger things to worry about, or ‘bigger fish to fry’, as my dad would say, we are still people at the end of the day. We are allowed feel and worry about things that affect us. Although we may worry about petty and materialistic things, we can come together as a nation for the greater good. This isolation requires sacrifice from everybody, and will affect everybody.