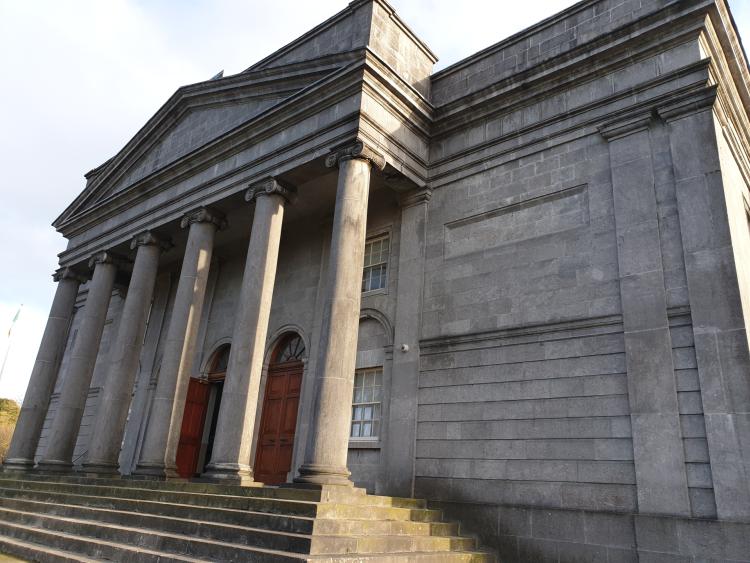 Men were brought from Portlaoise to Tullamore District Court

TWO men who spent a night in custody after Portlaoise gardai stopped them at a Covid-19 checkpoint were released on bail this morning (Wednesday, April 15).

Mateusz Polcinak, 24, and Bartek Zajac, 25, both with an address at 3 Millbrook, Main St, Kilcullen, Co Kildare, had been arrested and brought to Portlaoise Garda Station where they were charged in relation to their failure to appear in court in Dublin on previous occasions.

They appeared in custody today at Tullamore District Court and Gda Andrea Byrne said that after Mr Polcinak was cautioned he made no reply.

Gda Byrne said she had been conducting a Covid-19 checkpoint and Mr Polcinak was well outside the 2km limit.

She said she had no objection to bail being granted.

Gda Doreen O'Connor gave evidence of arresting, charging and cautioning Mr Zajac who was travelling with the other man. Mr Zajac also made no reply when he was charged and cautioned.

Mr Polcinak was arrested in connection with his failure to appear in court on February 24 last after being remanded on bail at the Criminal Courts of Justice (CCJ) in Dublin on December 9 last.

Mr Zajac had been before Balbriggan District Court on October 24 last and was remanded to appear there again on November 21 but did not do so.

Patrick Martin, solicitor for Mr Polcinak, said his client was willing to plead guilty to the charge but Judge Bernadette Owens told him the matter would have to return to the CCJ.

She granted applications for legal aid after being told that Mr Polcinak was a chef who had been earning €400 per week and Mr Zajac was a trainee chef on a weekly wage of €200.

Both were remanded on bail to appear at the CCJ on July 22 next.