Minister of State and Laois / Offaly TD Sean Fleming is calling on a meat processing plant to "do the right thing" and close.

Four meat plants in Kildare and Offaly experienced clusters of Covid-19, forcing further restrictions in those counties and in neighbouring Laois as well,  but one plant is back up and running.

Speaking on RTÉ's Today radio show, Deputy Fleming said if it does not close voluntarily, the state will do so "over their heads".

"I expect before the day is out there will be confirmation that that factory will be closed. They should take the initiative themselves or otherwise the state will have to look at the situation. 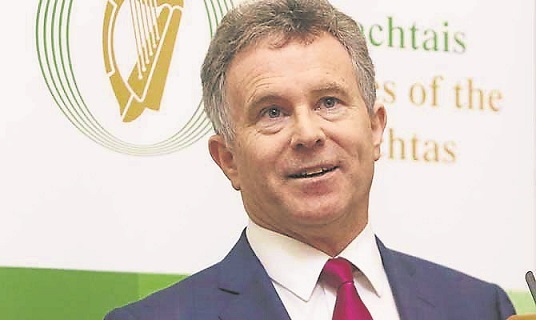 Carrolls Cuisine in Offaly reopened after what it said was a seasonal closure and "deep clean". Seven workers had tested positive out of 330.

"The anger is connected to meat plants being reopened and the restrictions being brought in in the rest of the community. It would help public support for these very difficult measures. They are right, they are necessary but they’re very difficult locally," Deputy Fleming said.

"If people felt the source of these outbreaks were all closed down during the entire period of these restrictions it would be a big help in boosting public confidence and the support measures that the government rightly had to take last Friday.

"I’m asking them to close it down voluntarily and not to have the state to do it over their heads.

"Three of the others voluntarily decided to stay closed and we’re asking the fourth one to do the same as well. It’s actually only right for that business, they should do the right thing and announce their closure now," he said.

The Minister of State said that the restrictions will last “at least” until Sunday week.

UPDATE: Meat factory announces decision on whether to close

The number of cases in Laois rose by 59 in the past 14 days, now standing at 327 cases, including 13 new cases confirmed over the past weekend.  See latest national figures here.