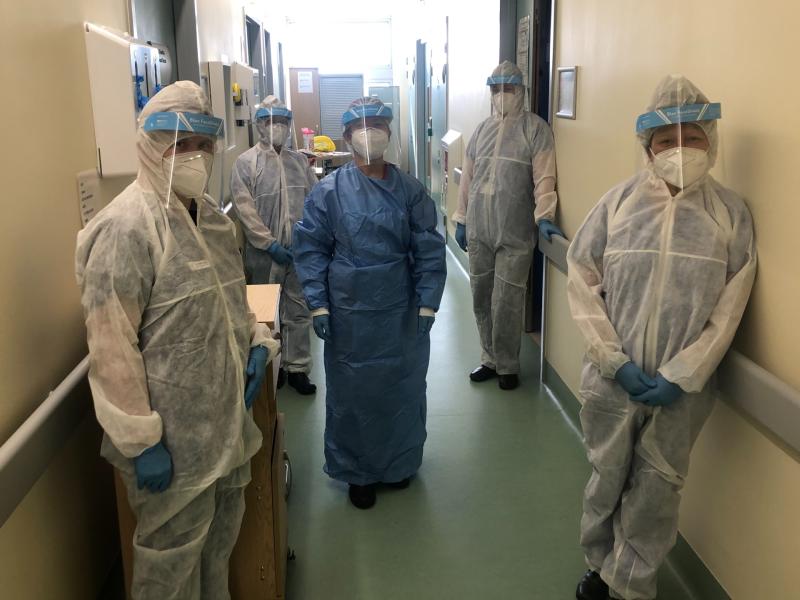 Frontline staff at Portlaoise hospital are providing critical care for two patients with confirmed or suspected Covid-19 infections, according to the latest figures from the HSE.

The HSE Acute Hospital Daily Operations Update finalised on Thursday evening and published on Friday, September 18  shows that one patient at the Midland Regional Hospital Portlaoise remains in critical care while there is now a second patient with suspected coronavirus also in the unit.

The confirmed case was identified Friday, September 11 but the patient with suspected Covid-19 emerged on Thursday.

The update also shows that the hospital has 10 spare general beds but no available critical care beds.  Seriously ill Covid-19 patients can require breathing support on ventilation in critical care.

Spare critical care beds have opened at its sister hospitals in Tullamore or Naas hospitals. There were none on Wednesday.

Both are linked to Portlaoise as part of the HSE's Dublin Midlands Hospital Group (DMHG).

The Offaly hospital has six confirmed cases but none are in critical care. It had no suspected cases.

Kildare's hospital continues to have one confirmed case but now suspected cases according to the report finalised on Wednesday.

Nationally, the number of patients with Covid-19 in Irish hospitals has risen to 77 while there were 82 suspected cases on Thursday evening compared with 181 at 8 am that morning. There were 106 suspected cases by close of business on Wednesday.

There were 14 confirmed and 4 suspected cases in critical care units across Ireland. Seven of the 18 were ventilated. There were no deaths in ICU.