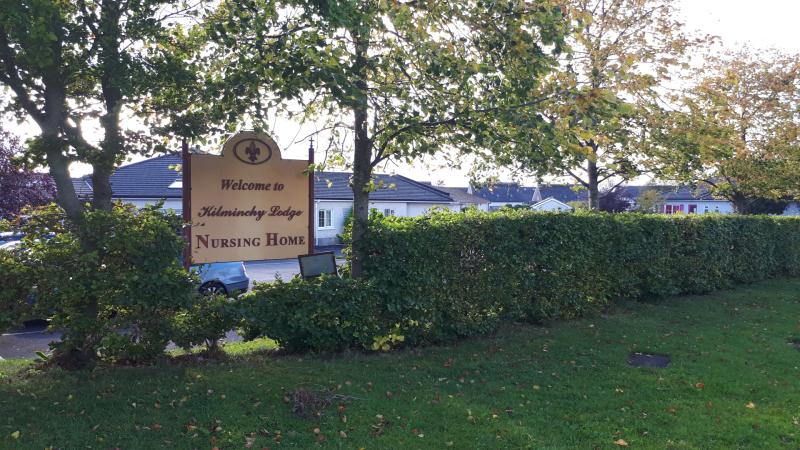 An outbreak of Covid-19 in a Portlaoise nursing home has pushed the incidence of the virus in the town and its electoral area well above the national rate.

However, 70% or 31 of Portlaoise's cases resulted from an outbreak at the Kilminchy Lodge Nursing Home where 31 people tested positive in early October. Of these 21 were residents and 10 were staff.

Ireland's Covid-19 hub has updated the two-week incidence in every electoral area in the country between September 22 and October 5.

The rate for Laois and Portlaoise is also well ahead of what it was in the middle of September after a spike in cases. There were 26 new Covid-19 cases in the Portlaoise local authority electoral area over that 14 day period. This represents a rate of nearly 82 per 100k population. The national rate at the time was 52.8 per 100k.

The number of new confirmed cases is less in the other two divisions but has also risen since September.

The Graiguecullen Portarlington Division had 21 new cases in the latest report giving a rate of 74.7 per 100 k. The area recorded eight new infections yielding an infection rate of 28.5 per 100 K in the first two weeks of September. The population of this area, which includes many areas of population growth, is 28,096.

Least impacted is the Borris-in-Ossory Mountmellick. The new report shows 15 new cases giving an incidence of 58.9 per 100k. However, there were less than five cases in the first two weeks of September. It is a big area geographically but the area is the smallest population-wise with 24,807 living there.

The two-week report from the Health Protection Surveillance Centre to September 14 showed that the rate of infection per 100k population in Laois was 43.7 compared to 95.6 per 100 k between September 22 and October 5.

The total number of confirmed cases in Laois on September 14 was 420. A total of 97 cases have been recorded since in Laois giving a total of 517 on October 6.