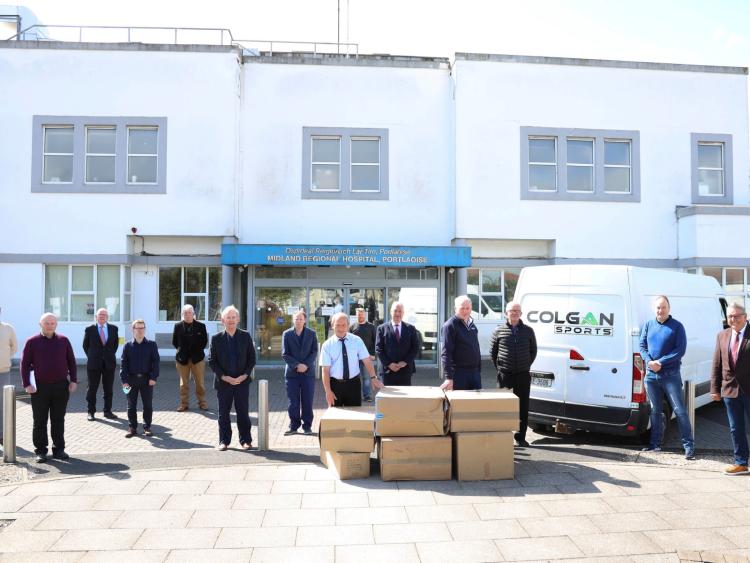 Staff a the Covid-19 frontline are treating another patient suspected of contracting the virus along with two other people who have tested positive and have been critically ill for most of September.

The HSE Acute Hospital Daily Operations Update confirms that two people remain in the ICU of the Midland Regional Hospital Portlaoise as of 8 pm on Monday, September 28. It says a third patient who is suspected of having the deadly disease was also in the care of critical care staff.

The update, which was filed at 8 pm Monday with the HSE and published on Tuesday, shows that while the Laois hospital is down to just nine general beds and has no available critical care beds which are needed to treat seriously ill Covid-19 patients or other very sick patients.

Portlaoise is one of four of five acute hospitals in the Dublin Midlands Hospital Group (DMHG) where ICU teams were treating patients fighting the virus late on Monday.

The number of cases in Tullamore is up by one to six but two patients are in ICU an increase of one on the previous day. The Offaly hospital had three suspect cases.

There were 39 general beds available on Sunday evening but this had more than halved to 17 on Monday. Like Portlaoise, there was no vacant ICU bed at the Midland Regional Hospital Tullamore when the report was filed on Sunday evening.

The DMHG also includes Naas General. Kildare's hospital continues to have one confirmed cases. Four patients had suspected Covid-19 according to the report. Naas had two vacant general beds and one spare critical care bed.

Tallaght and St James's hospitals in Dublin are part of the same hospital group. Tallaght had nine confirmed cases and 10 suspected cases. Despite being one of the biggest Irish hospitals, it had no spare general or critical care beds on Monday evening.

There were 15 confirmed and 2 suspected in St James's. It has three available ICU beds and 57 general beds.

Nationally, the number of patients with Covid-19 in Irish hospitals has risen to 114. There were 121 suspected cases on Thursday evening compared with 171 at 8 am that morning.

There were 17 confirmed and eight suspected cases in critical care units across Ireland. Of these 10 were ventilated. There were no deaths in ICU.