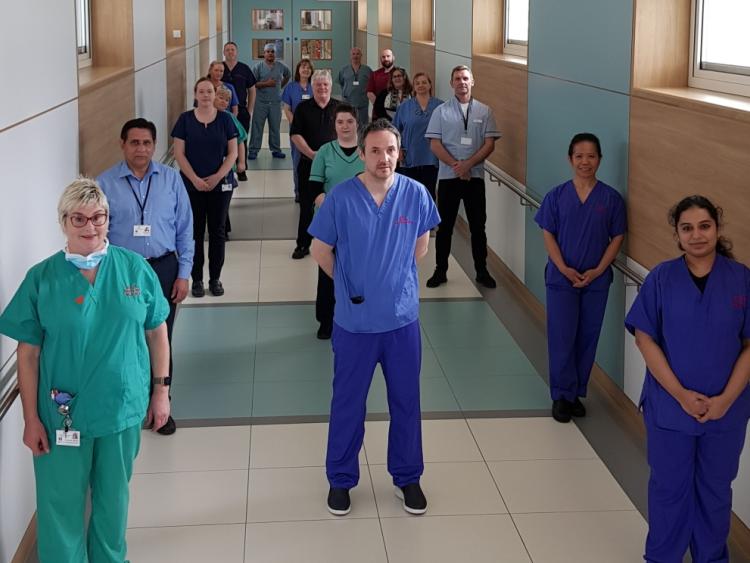 The number of patients with Covid-19 at Portlaoise hospital has fallen again but its sister hospitals in Dublin, Kildare and Offaly remain very busy treating people with the disease.

The Covid-19 Daily Operations Update for Acute Hospitals, finalised for Midland Regional Hospital Portlaoise on Tuesday and published on Wednesday, November 4, shows that there are three people with Covid-19 at the Laois hospital. This is down by two on Monday. It is the lowest number of patients in the Laois hospital for a number of weeks.

There were no suspected cases when the figures are filed with the HSE but the staff at the hospital's ICU continued to treat a patient who has fallen critically ill with the virus.

There were ten eneral beds but no ICU beds available to staff.

Portlaoise is part of the Dublin Midlands Hospital Group (DMHG) which includes hospitals in Kildare, Offaly and the capital.

Up to 8pm yesterday evening, there were 32 patients infected with the virus at Naas General. This is the same as Monday. It has four suspected cases. None of the confirmed or suspected cases is in ICU.

The Kildare facility had one ICU bed and 13 generals bed when the HSE compiled the figures.

The Midland Regional Hospital Tullamore hospital now has 13 confirmed Covid-19 cases - up on yesterday. One of its confirmed and one of its suspected cases are critically ill. Staff had no available ICU bed and three general beds by 8 pm.

Tallaght and St James' hospitals in Dublin are part of the same group.

At 35, Tallaght now has has the highest number of confirmed cases. It also has 12 suspected. Four of its patients are critically ill. It has no ICU beds and six general beds available. St James' has 12 confirmed and 30 suspected cases of Covid-19. This is the highest number of suspected cases nationally. It has 55 general beds and two critical care beds available.

The number of Covid-19 cases in hospitals around Ireland was 313 down from 303 on Monday. There were 126 suspected cases. Of these two categories, 48 people were receiving critical care - 26 are ventilated. There were no deaths in ICU on Tuesday.