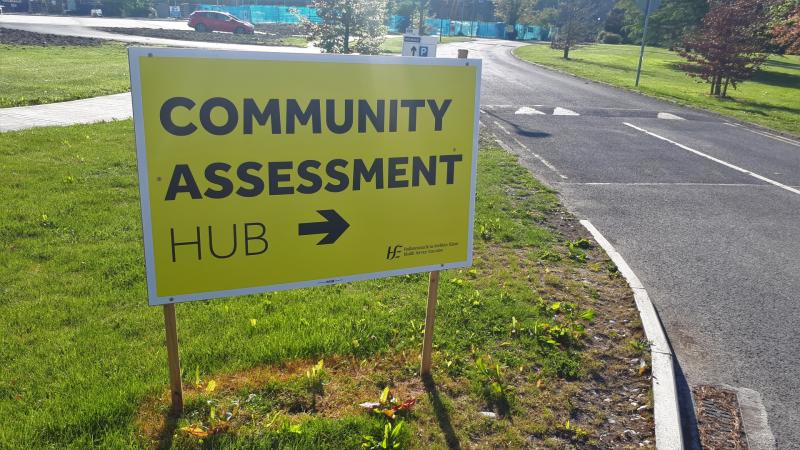 Covid-19 claimed the lives of people in Laois every week from the middle of October to the middle of November according to the latest official figures which reveal the impact of the second wave in Ireland.

The finding is contained in the Central Statistics Office latest report on Covide Deaths and Cases From 28 February to 13 November 2020.

It shows that Covid-19 was a factor in deaths each week before and after Level 5 lockdown between October 9 and November 13. The precise number of weekly deaths and over the six week period is not published. The CSO does not publish figures if there have been less than five deaths but if there have been no deaths it records zero for a given week.

The CSO does not publish the location of the death.

In early October the Kilminchy Nursing Home was hit by an outbreak which led to deaths in the home and the Midland Regional Hospital in Portlaoise. The home has never confirmed the total number of deaths which resulted from the outbreak.

The figures show that 28 people have died after contracting the virus in Laois since February - this amounts to 2% of the national death toll which passed 2,000 in recent days. The median age of those who lost their lives. Up to November 13, 940 people in Laois had tested positive. The median age was 40.

During the same six week period, there were 426 new cases of the virus in Laois. The worst week for new infections was in the week ending October 16 when 108 new infections were confirmed. Most of the cases were not connected to a confirmed virus which meant the virus was spreading in the community.

The weekly number of new cases has dropped dramatically in Laois to just 24 in the final week of the reporting period which ended on November 13.

The CSO says the aim of the sixteenth publication in the series of information bulletins is to provide insights into those who have either died from or contracted COVID-19, by using data from the Computerised Infectious Disease Reporting (CIDR) provided to the CSO by the Health Protection Surveillance Centre and data from the HSE’s Swiftcare (A2i) and Covid Care Tracker (CCT) systems.