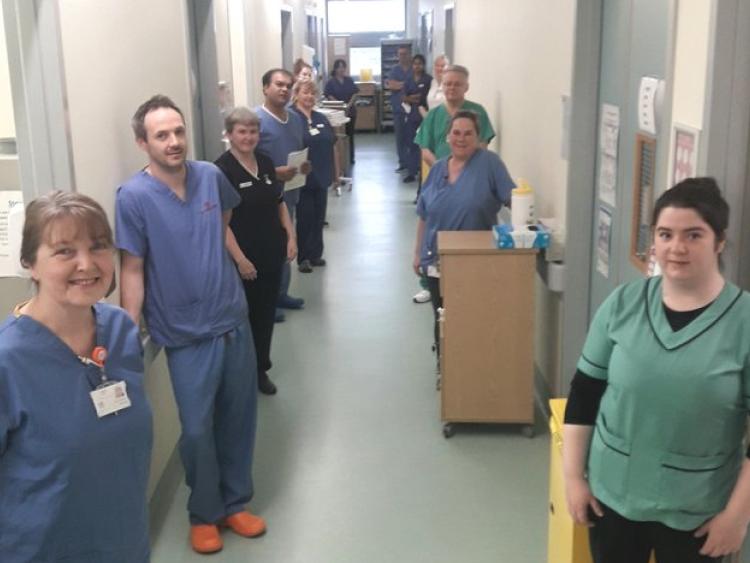 The number of people with Covid-19 in Portlaoise hospital has more than doubled since New Year's Day and risen sharply in the past week, according to the latest official HSE hsopital figures published this weekend.

Frontline pandemic staff at the Midland Regional Hospital Portlaoise were caring for 19 patients according to the latest HSE Covid-19 Daily Operations Update for Acute Hospitals.

As of 8 pm on Saturday, January 9 there were also three people who were critically ill with the virus at the Laois hospital's ICU department. There were no suspected cases.

Portlaoise had no Covid-19 patients on December 1 which was the first day of the lifting of the October to November 30 Level 5 restrictions.

The Laois hospital had 12 general beds on Saturday night but no ICU beds going into Sunday as Covid-19 admissions rose. ICU is essential for treating patients who have fallen critically ill after contracting the virus.

Non-essential services were suspended at the Laois hospital to allow staff to cope with the third wave surge. There was good news for staff and patients with the rollout of the staff vaccination programme.

The rise in admissions to Portlaoise hospital comes in the context of 612 new confirmed Covid-19 cases in Laois in the two weeks up to December 8. There have also been a number of deaths in the county including for following an outbreak at the Droimnín Nursing Home in Stradbally.

The latest report shows that there were 22 confirmed cases at the Midland Regional Hospital Tullamore with five admitted in the previous 24 hours. The Offaly hospital had no suspect cases. There were two critically ill patients. There were 27 available general care beds but no available ICU beds in Tullamore.

Naas General Hospital had 14 confirmed cases and one suspected case. There was on admissions in the previous 24 hours. The Kildare hospital had 32 general care beds and one ICU bed available.

There were 61 confirmed and six suspected cases at Tallaght on Saturday night.  The west Dublin hospital had 27 general beds and four ICU beds available.

St James's had 83 confirmed and 48 suspected cases by 8 pm January 9. It had 56 general beds and five ICU beds available going into Sunday.

Nationally, there were 1,353 Covid-19 positive patients and 157 suspected in hospitals on the night of January 9. A total of 133 people had been admitted in the previous 24 hours.

Paul Reid, HSE CEO, warned that the number of people with Covid-19 in hospital this weeks will pass the 1,500 mark. He told RTÉ that he expects hospitalisations to be "double" the 881 peak of 2020.

Updating figures he said there were 1,421 people with the virus in hospital on Sunday, with 121 in intensive care units.

The number of Covid-19 patients in hospital has more than quadrupled in the last two weeks.

Read also: VACCINATION TO BE ACCELERATED