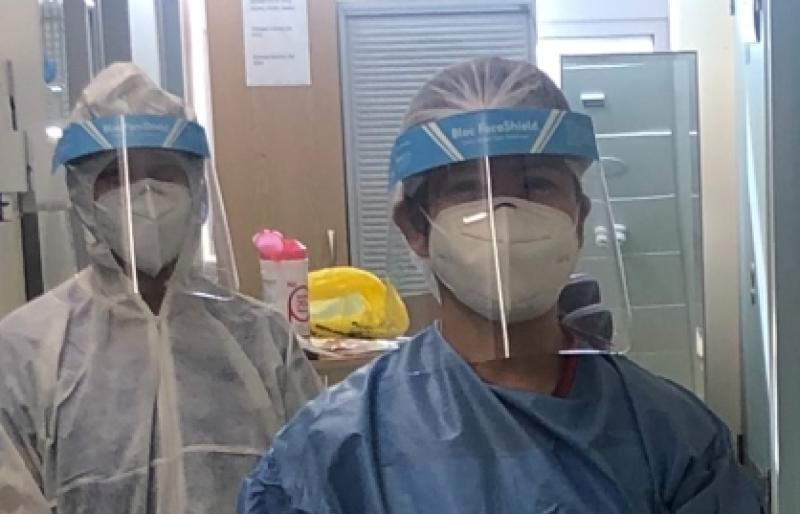 Frontline Covid-19 staff at Portlaoise hospital have admitted another patient and have had to find more space in the ICU for another critically ill patient.

Frontline pandemic staff at the Midland Regional Hospital Portlaoise are now caring for 22 patients, an increase of one, according to the latest HSE Covid-19 Daily Operations Update for Acute Hospitals.

As of 8 pm on Tuesday, January 12 there were seven people who were critically ill with the virus at the Laois hospital's ICU department - also up one. There were no suspected cases according to the report published on Wednesday.

The Laois hospital had 12 general beds on Tuesday night but no ICU beds going into Wednesday.

The latest report shows that there were 42 confirmed cases at the Midland Regional Hospital Tullamore up from 33 on the previous HSE report. The Offaly hospital had one suspect cases. There were three critically ill patients. There was one available general care beds but no available ICU beds in Tullamore.

Naas General Hospital had 17 confirmed cases - up three - and five suspected cases. The Kildare hospital had 12 general care beds but no ICU bed available. It had one critically ill patient in ICU.

There were 83 confirmed and nine suspected cases at Tallaght on Tuesday night.  The west Dublin hospital had 1 general bed but no ICU beds available. Ten confirmed or suspected Covid patients were critically ill in ICU.

St James's had 94 confirmed and 57 suspected cases by 8 pm January 12. It had 53 general beds and one ICU bed available going into Tuesday. There were 19 confirmed or suspected Covid patients in its ICU.

Nationally, there were 1,686 Covid-19 positive patients and 176 suspected in hospitals on the night of January 12. A total of 138 people had been admitted in the previous 24 hours.