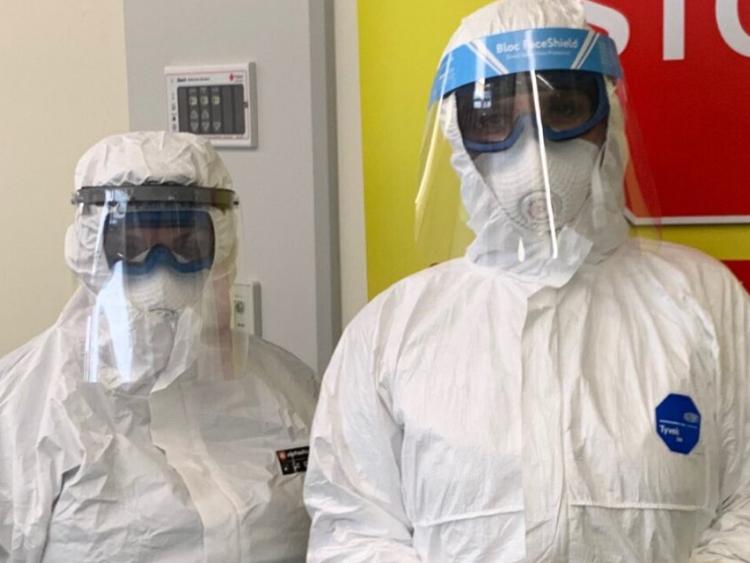 Portlaoise hospital Frontline staff are battling harder than ever to save the lives of people with Covid-19 according to HSE figures which show that the intensive care service is at surge capacity while the Leinster Express understands that patients have had to be transferred out and while coping staff believe admissions are reaching a critical.

The HSE warned at that hospital ICU admissions could rise further due to the Christmas surge despite a falling incidence of the virus in the community. Evidence of this is confirmed on the latest figures from the Laois facility and its sister hospitals in Dublin and the midlands.

Frontline ICU staff at the Midland Regional Hospital Portlaoise are now treating seven very ill people with the virus by 8 pm on Sunday, January 24. This number is about double the original capacity of the hospital's ICU which has been expanded since the start of the year to cope with the surge.

The figure is published in the latest HSE Covid-19 Daily Operations Update for Acute Hospitals.

The Leinster Express has also learned that four patients are in the hospital's ICU and three in the High Dependency Unit. The hospital has had to avail of the HSE ICU ambulance to move patients to other hospitals. Four ventilated patients have had to be moved since the start of January.

The designated general ward for Covid-19 patients is understood to be full most of the time.

"Pressurised but coping due to the heroics of nursing staff," was how a medical source described the situation who also had a warning.

"The numbers need to turn soon or system will collapse and normal treatment standards will be compromised or not guaranteed with the attendant awful choices/decision making,"

The HSE report, which was published on Monday, shows that there were a total of 23 people ill with the virus at the Laois hospital. This is the average amount of patients that have been treated at the hospital during the latest surge.

There was no suspected case in the hospital nor were there any new admissions on Sunday according to the report.

There was just 12 general bed and but no ICU bed at the hospital Sunday evening. The INMO said there was nobody was on a trolley waiting for a bed on Monday morning.

Portlaoise is part of the Dublin Midlands Hospital Group which includes hospitals in Laois, Offaly, Kildare and the capital. All continue to be stretched by the third wave.

The latest report shows that there continue to be 53 confirmed cases at the Midland Regional Hospital Tullamore. The Offaly hospital had one suspect cases of the virus. Staff were treating four critically ill patients who had tested positive. No Covid patients were admitted on Sunday.

The bed situation has improved slightly. It had no available general care beds and has one ICU bed Monday when the INMO said 16 people were on trollies.

Naas General Hospital had 28 confirmed cases and five suspected cases on Sunday night. The Kildare hospital had 10 general care beds but no ICU bed available. It had three critically ill patients in ICU. Four trollies were deployed in Naas on Monday morning.

There were 122 confirmed and two suspected cases at Tallaght on Sunday night.  The west Dublin hospital had seven general beds and one ICU bed available. Twelve confirmed Covid patients were critically ill in ICU where one suspected case was also being treated. There were five patients on trollies on Monday.

St James's had 100 confirmed and 28 suspected cases by 8 pm January 24. It had 30 general beds but just one ICU bed available going into the Monday. There were 21 confirmed and one suspected Covid patients in its ICU. It had six patients on trollies.

Nationally, there were 1,930  people in hospitals by the end of the weekend with Covid-19. However, there were 109 suspected in hospitals with 81 admitted in the previous 24 hours. These numbers have been a consistent trend for the past week.

The figures also show that 227 people were in ICU departments (219 confirmed, 8 suspected). Of these, 135 were ventilated (132 confirmed, 3 suspected). Four people died in ICU on Sunday.