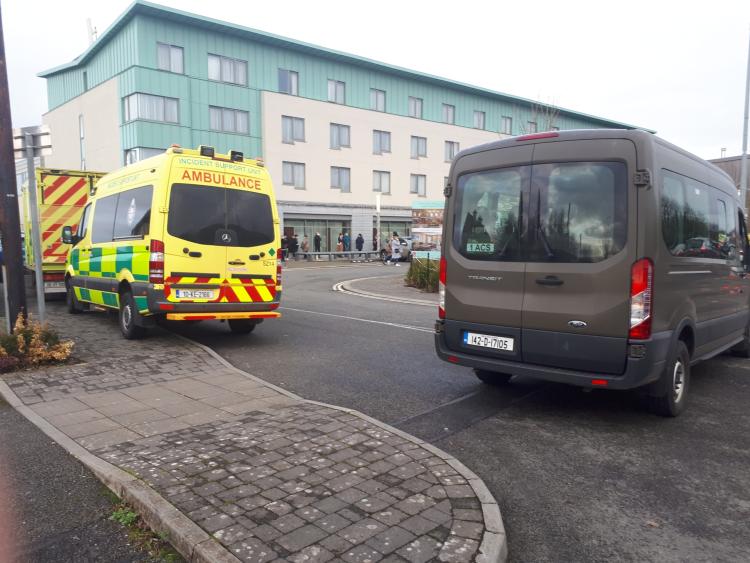 Vaccination centres must be set up in Laois and Offaly insists Laois Offaly Sinn Féin TD Brian Stanley who says uptake will suffer otherwise while people in rural and communities and low-income groups may not be reached.

The TD argues also says vaccination teams must be bulked up and could include army medics. Dep Stanley has also called on carers, taxi drivers and undertakers to be vaccinated sooner.

He first addressed what he believes will be an inadequate number of vaccination centres.

"There are issues I believe that will be a major factor in the vaccine rollout, and that is the importance of access for those in rural communities. There has been a commitment for 15 mass vaccination centres in the 26 counties.

"We need significantly more centres than what is currently planned for and that we will need at least one in Laois and one in Offaly.

"A significant challenge in the rollout process will be reaching communities, low-income groups and rural areas. We need to make the process as accessible as possible so as to ensure that the uptake is high. The more localised we can make it, the better the uptake," he said.

The Laois-based TD said vaccination teams should be bigger and include soldiers.

"It’s good we have GP’s and pharmacies signed up and ready to go once the supply is there. However, we also need to maximise our vaccination teams through the use of public health nurses, Army medics and using school vaccination teams during the summer.  I would ask the Minister to consider this proposal. We need all hands on deck to ensure a speedy and efficient roll out of the vaccines," he said.

The Sinn Féin representative called for changes to the vaccination lists and the prioritisation fo key people.

"I want to address the vaccination priority list. Of course, there are many competing groups who rightly feel that they should be prioritised due their role and their vulnerability. I appreciate there has to be a pecking order however, I want to address just three of the groups.

"First of all, family carers should really be higher up the pecking order. They do an important job and work with people in a very vulnerable position.

"Secondly, one group that has gone overlooked is taxi drivers who have a contract with the health sector. They transport patients between hospitals and also transport blood samples etc and interact with staff. Is the vaccination of these taxi drivers an area that the Minister has considered?

"The last group is the undertakers. They do a difficult job and interact with large numbers of people. Unfortunately, some of them have died with Covid," he said in a statement.

Read also:  NO REST FOR THE STAFF AT PORTLAOISE HOSPITAL WHERE THE FIGHT FOR LIVES CONTINUES