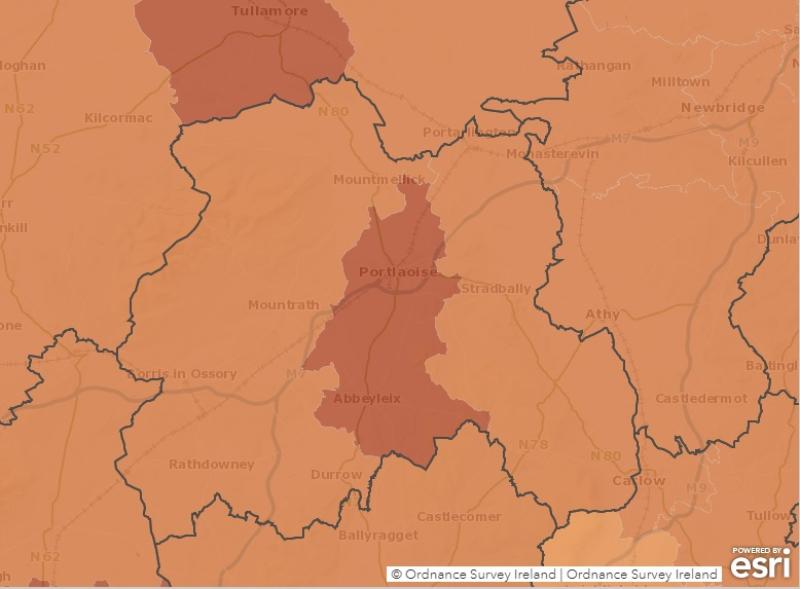 The Covid-19 Delta variant surge in Laois has sustained through August with Portlaoise the new county hotspot for the disease where the incidence is higher than the national average.

The latest Local Electoral Area (LEA) figures, published on August 26 on the Covid-19 Ireland data hub, covers the period from August 10 to August 23.

The Portlaoise figures represent a sharp rise on the first two weeks in August when 119 cases  gave an incidence was 374.3 per 100 k.

It also represents worsening of the situation in July when there was a high prevalence levels of the disease in Laois. The 14 day population incidence in the two weeks to August 2 in Portlaoise was 481.2 per 100 k.

The latest figures from the Portarlington Graiguecullen LEA show a slight steadying of spread. There were 96 new cases in the north, east and southeast of Laois in the 14 days to August 23. This translates into an incidence of 341.7 per 100k.

This contrasts with the 109 cases between August 3 and 16 which delivered an incidence of 388 cases per 100 k.

The population in this LEA is 28,096. Apart from the two big towns, it includes Stradbally, the home of the Electric Picnic which has been refused a licence due to Covid-19.

Other communites in the district include Timahoe, Ballylinan, Ballyadams, Killeshin, Crettyard, Killenard, Ballybrittas. It borders Kildare, Carlow, Kilkenny and Offaly.

The situation has worsened in the Mountmellick / Borris-in-Ossory LEA which is the least densely populated part of Laois. A total of 91 new cases presented in the LEA in the fortnight to August 23 giving a rate per 100k of 366.8.

Evidence of the sustained spread of the Delta variant in Laois is best illustrated in this LEA. In the second two weeks of June there were less than five new cases confirmed and the incidence was less than 5 per 100 k.

The Health Protection Surveillance Centre tracks the spread of the disease for NPHET. Figures up to start of August revealed that while the incidence was high, the situation in Laois was improving. At one point in July Laois had the second highest level of the disease out of the 26 counties.

Latest figures published by the HPSC to midnight August 24 show that there were 360 new cases previous two weeks. Of these, just over half or 192 new cases, were detected in the last seven days.

While Laois now as the seventh best containment of Covid-19 out of the 26 counties the indicators are once again going in the wrong direction.

HPSC figures up to August 3 show that there were 372 cases in Laois in the previous 14 days, giving a two week incidence rate of 439.2 per 100k. However, nearly 40%, or 143 of these were spotted in the previous seven days, which included the August Bank Holiday weekend. The seven day incidence to August 3 had fallen to 168.8 per 100 k. 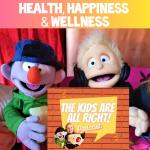 Advice from a primary school teacher on going back to school