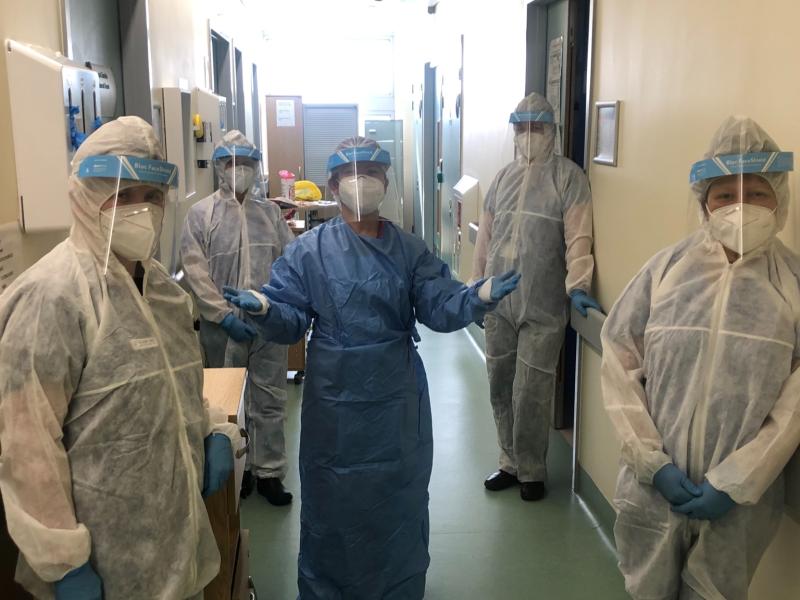 Another patient with Covid-19 has had to be admitted to intensive care at Portlaoise hospital after falling critically ill with the virus.

While nightclubs open this week, staff at the Laois hospital continue to fight the pandemic on the frontline.

The latest Covid-19 Daily Operations Unit report up to 8pm Thursday, October 21 show that there are three people in the Laois hospital's ICU with Covid-19. The report says there are six patients with the disease in the hospital with one new patient admitted in the previous 24 hours.

The number of critically ill patients was two earlier in the week.

The capacity to treat Covid infected patients and people with other illnesses remains stretched but has improved slightly.

There were six general beds but no ICU bed available to staff in the Midland Regional Hospital Portlaoise by 8pm on Thursday. That's an improvement on earlier in the week in general beds but the situation has worsened in ICU which had no capacity going into Friday.

Portlaoise is part of the Dublin Midlands Hospital Group. It includes hospitals in Dublin, Kildare and Offaly.

There were 10 Covid-19 patients at the Midland Regional Hospital Tullamore. Of those, two were critically ill. Two patients were admitted in the 24 hours to 8pm, October 21. It had nine general beds and two ICU beds available on Thursday night.

Naas General had four patients with the virus - none were in ICU. It had one general bed and two ICU beds.

Tallaght Hospital had 26 Covid-19 patients and one suspected cases. Three patients were critically ill with the coronavirus. It had one ICU and four general beds available.

St James's had 27 people with the virus and 53 suspected cases by 8pm October 21. Of these, seven were critically ill. The big Dublin hospital had 2 available general beds but no spare ICU beds.

There were 437 confirmed and 125 suspected cases in Irish hospitals on Thursday night. Of the confirmed cases 88 were in ICU and 54 of these were on ventilators.

There were 105 free general beds and 25 available ICU beds in Ireland across all hospitals on October 21.