Covid-19 outbreaks in 'every prison' in Ireland hitting court cases 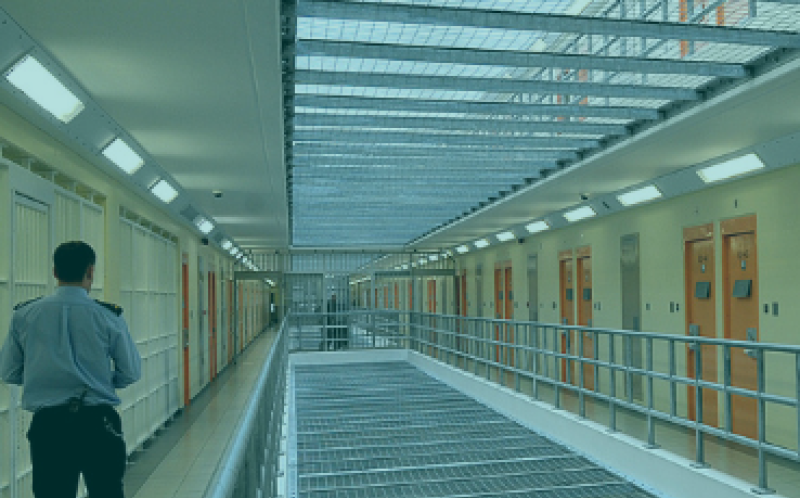 Covid-19 outbreaks at Portlaoise and other Irish prisons are disrupting criminal court cases with one prison officer telling a high court judge that there have been "outbreaks in every prison".

On Monday morning, November 15, a prisoner was not produced in court from Cloverhill Prison, with their barrister telling the presiding judge: "There is a Covid issue at Cloverhill, described as 'lockdown'."

In the afternoon, a prison officer told the court: “There’s been outbreaks in every prison,” adding that he believed the Midlands Prison and others were also affected.

He said his understanding was that Wheatfield was the only site still accepting prisoners and that officials were continuing to meet this afternoon to decide what to do.

The officer expressed concern that if a requested prisoner was sent back to Mountjoy Prison, it was uncertain whether it would be possible to produce him again in the morning [Tuesday].

The High Court judge said he would not make a remand order before finding out more information.

“I’m going to make inquiries as to whether there is another prison to which he could be remanded in the meantime,” he said, and adjourned the matter.

On his return, the judge said “it would appear we can make the usual order,” before he remanded the prisoner back to Mountjoy.

The Irish Prison Service has said it is facing an 'unprecedented challenge' due to the virus. Despite high vaccination levels, a total of 33 cases had been confirmed in the Midland Prison in Portlaoise.