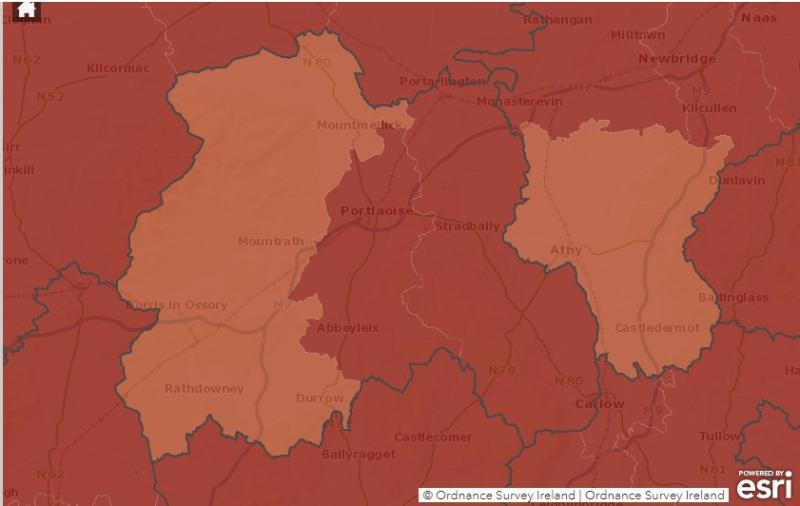 Up to date data also shows that Laois has the second lowest incidence of Covid-19 in Ireland down from a peak of fourth worst hit during a peak of the latest surge.

The Covid-19 Ireland data hub figures, which are based on health service confirmed positive tests, show that the levels of infection two out of the three Laois municipal districts have fallen below than the national average.

The Portlaoise area now has the highest incidence while there has been improvement in the Portarlington Graiguecullen Borris-in-Ossory Mountmellick Municipal Districts.

The Portlaoise figures show that there were 457 new cases in the two weeks. This compares with 428 cases between November 2 and 15. The incidence has climbed to 1437.4 from 1346.2 per 100,000 population. It is possible that a chunk of the Portlaoise cases could be traced to the Midlands Prison where 47 inmates and an unidentified number of staff tested positive in an outbreak first detected on November 4.

The latest figures from the Portarlington Graiguecullen LEA reveal case numbers and incidence fell again. There were 330 new cases in the electoral area giving an incidence of rate of 1174.5 per 100k population.

The incidence has fallen again in the Mountmellick / Borris-in-Ossory LEA which has the best rate in the county. There were 228 positive tests in the two weeks to November 25. This gave an rate of 919.1 per 100k pop.

With 24,807 people it includes Rathdowney, Mountrath, Durrow, Castletown, Camross, Errill, Clonaslee and Rosenallis. It borders Tipperary, Offaly and Kilkenny. MORE ON SIGNS OF IMPROVEMENT IN LAOIS BELOW TABLES. 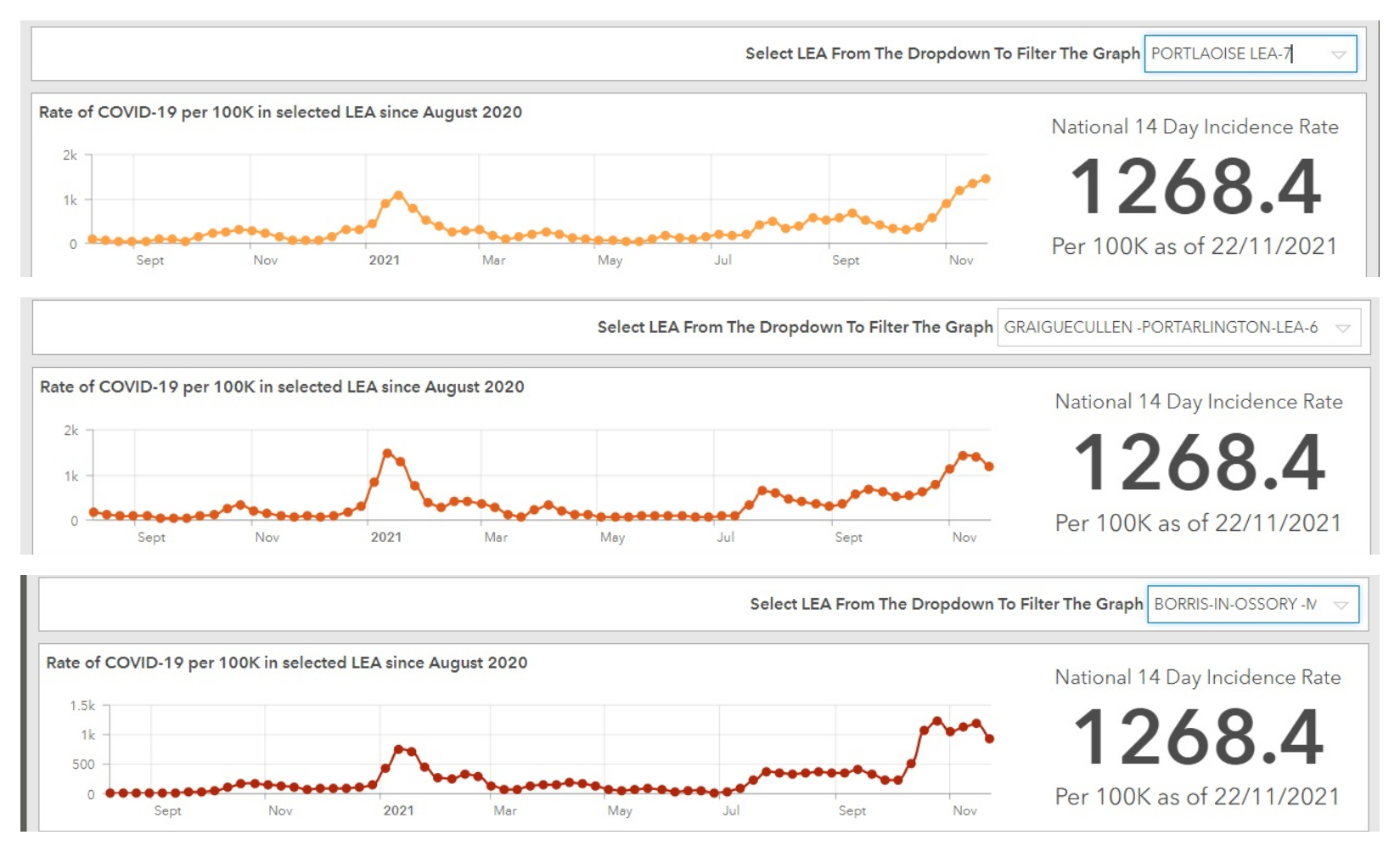 The Health Protection Surveillance Centre (HPSC) tracks the spread of the disease on a daily basis for NPHET.

Latest HPSC figures show that Laois now has the second lowest incidence of any county in Ireland in the two weeks to November 23.

There were 411 officially confirmed new Laois cases in the week to midnight November 23 giving a seven day incidence of 485.3 per 100 k.

Both the Laois seven day and 14 day incidences are below the the national averages.

There have been 8801 officially confirmed infections in Laois since the start of the pandemic up to November 23.

The National Public Health Emergency Team reported on Thursday, November 25 that the Health Protection Surveillance Centre has today been notified of 4,764 confirmed cases of COVID-19.

Dr Tony Holohan, Chief Medical Officer, Department of Health said: “Incidence of COVID-19 remains concerningly high, with 62,401 cases reported in the last 14 days. We need to continue to make every effort we can to drive down incidence of disease and break the chains of transmission.

"COVID-19 spreads when an infected person is in close proximity to other people. The best way we can stop COVID spreading to the people we meet is by meeting fewer people and avoiding crowds.

"If you are socialising, think about the risk associated with the activities you have planned," he said.

He urged people to remember the simple steps you can take to keep both you and the people you meet with safe:

"If you experience symptoms isolate immediately and arrange a PCR test – not an antigen test,” he added.