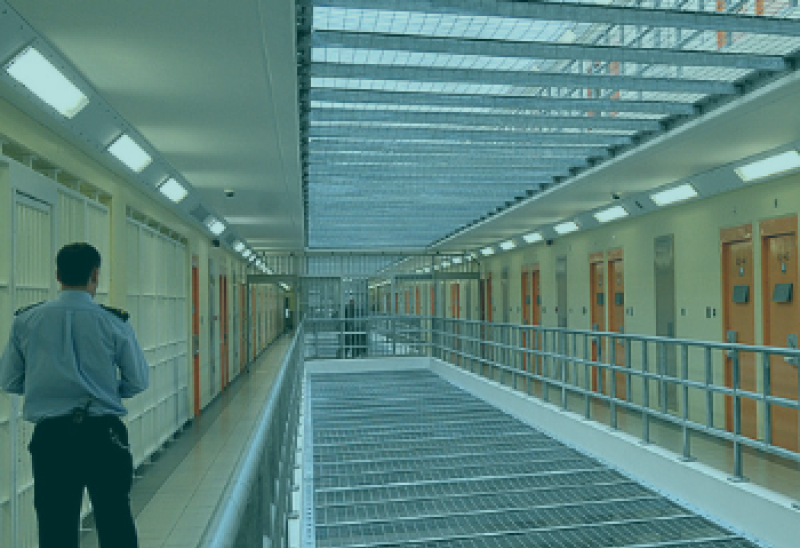 The Irish Prison Service is inviting views and submissions on Prison Rules which apply to running of Irish jails including the regulations governing prison officers who work Portlaoise and other prisons in Ireland.

Solitary confinement, use of restraints, staffing levels are on the agenda of the review which is being carried out to update the code in Ireland to a new European template for rules in jails.

The services says the current Prison Rules were enacted in May 2007. The IPS says the existing regime sets out the rules and regulations with regard to the various conditions in prisons in Ireland, including: admission, registration, accommodation, visiting rights, health, discipline, education, etc.

The IPS adds that they include specific rules on the role of the Prison Governor, the role of Prison Officers and the operation of regimes and services within prisons on a daily basis.

The Service says it has now opened the public consultation on the "Review of Prison Rules" and has called on interested parties to submit their view and opinions.

The IPS says the updated rules, which contain the key legal standards and principles related to prison management, staff and treatment of detainees and are a global reference in this field, guide the 47 Council of Europe member states in their legislation, policies and practices. MORE BELOW LINK

"The revision concerns the rules on the record keeping of information about inmates and the management of their files, the treatment of women prisoners, foreign nationals, as well as the use of special high security or safety measures such as the separation of prisoners from other inmates, solitary confinement, instruments of restraint, the need to ensure adequate levels in prison staff, inspection and independent monitoring," says the IPS.

In reviewing the Prison Rules, the Service says it wishes to take account of the updated European Prison Rules and also consider changes within the Irish Prison Service, the prison system and also changes that have occurred within the wider criminal justice system over the past 14 years.

The Service submissions may include views and opinions on areas for updating outside of the changes made in the European Prison Rules. The IPS adds that ubmissions which suggest significant amendments to the rules including the complete removal of a rule or the addition of a new rule should include a rationale for same.

If you wish to make a submission on the Review of Prison rules you should send your submission by email to prisonrulesreview@irishprisons.ie or by post to: