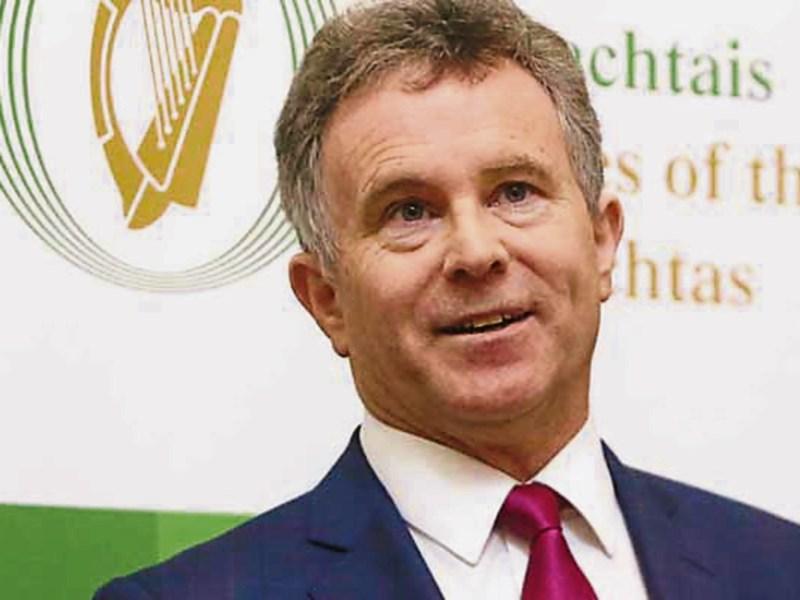 Major policing and army building projects in Portlaoise which will involve a multi-million euro investment will goahead according to Laois Offaly TD Seán Fleming.

The Minister of State at the Department of Finance has said that the project for the new Garda Siochana Divisional Headquarters and Army building in Portlaoise is to proceed.

He told the Expresss that the was satisfied the the projects would go ahead after having a face to face meeting with a senior official in the Office of Public works.

However, the Fianna Fáil TD said the new Laois, Offaly, Kildare Divisional Headquarters and Army building are expected to go to tender in quarter one 2022.

He said the project involves restoration of the existing building plus a major extension.

Minister Fleming said the new station will be 4,000 Sq. metres.

He added that it is hoped the contractor can be appointed in the summer and works to commence in the second half of the year and is expected to be a two year contract.

The Fianna Fáil deputy said the HQ would be on the site of the current Garda Station and the adjoining Department of Defence property.

He added that the building will be suitable for an increased number of Gardaí and will include a six cell unit, facilities for the Traffic Corp. The Emergency Response Unit an evidence collection store will also be facilitated.

Minister Fleming said the Army agreed earlier this year to relocate the facility for the soldiers from their existing location to an Irish Prison Service site beside the training centre, adjacent to the Midlands Prison.

He said a planning application for this new facility was lodged earlier this year and is expected to be approved in the coming weeks.

Minister Fleming added that the planning application was submitted under Part 9 of the 1993 Legislation which allows the Office of Public Works to apply for and grant permission in very limited exceptional circumstance in relation to the security of the State in situations like this.

He said this new facility will be of a similar scale to the current facility and it will have the normal disability access and be designed as a near zero carbon building.

Minister Fleming concluded that construction work on both projects will proceed simultaneously.

It is not clear if final funding has been approved.