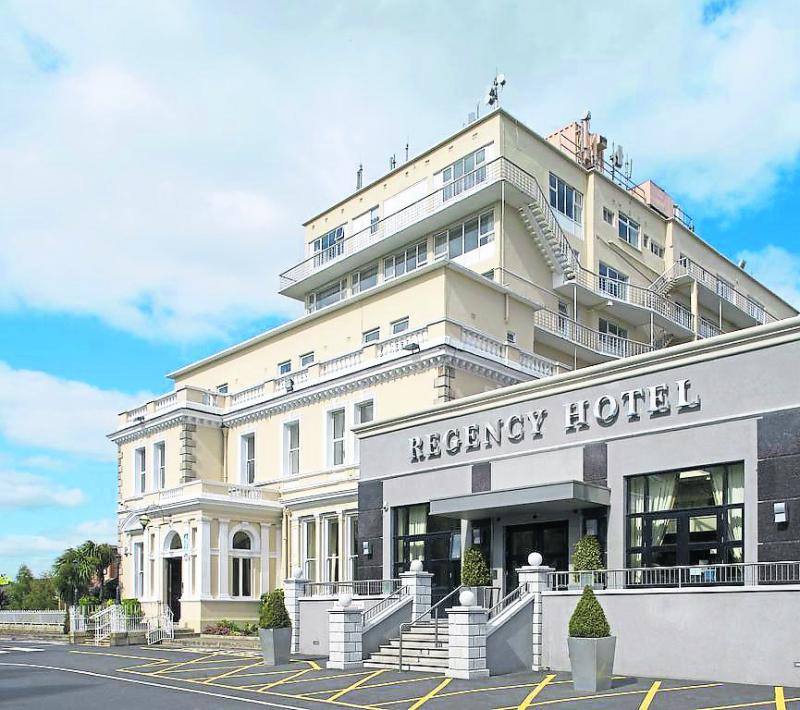 The trial has begun of one of the most notorious gang-related incidents of recent times.

The shooting at the Regency Hotel in Dublin almost two years ago during which one man died and two were injured was a "resourced, carefully planned, targeted, murderous attack", the Special Criminal Court has heard on Thursday.

Patrick Hutch has gone on trial at the non-jury court for the murder of David Byrne (34) during a boxing weigh-in at the hotel.

The prosecution say that Mr Hutch wore a blonde wig during the alleged attack and was heard shouting "I can't fucking find him".

Mr Hutch (25) of Champions Avenue, Dublin 1, has pleaded not guilty (NOT GUILTY) to the murder of Mr Byrne at the Regency Hotel in Dublin on February 5th 2016.

He has also denied possessing three AK47 assault rifles in connection with the fatal shooting.

He said the court will hear that on February 5th, 2016, the hotel was hosting a weigh-in for a boxing event scheduled for the following day, to coincide with the Six Nations rugby match between Ireland and Wales, and billed as the 'Clash of the Clans'.

The event, widely publicized on social media, was a co-promotion between Queensberry Promotions, run by boxing promoter Frank Warren, and MGM, a Marbella-based firm which runs a boxing management company and a boxing gym, the barrister said.

He added that the event was to include boxers associated with the MGM gym, which "enjoyed the patronage of a number of people", and that the prosecution case is that "a number of these people's presence might have been anticipated at the event".

The court heard that the weigh-in was to take place in the Regency Suite, a large room with a closed bar and a raised stage.

Mr Gillane said that in the early afternoon, large groups of people were present, including boxers, trainers, managers and members of the public.

He said that court will heard that separately, at another location, at approximately 2pm, a number of cars were observed driving towards St Vincent's GAA club, not far from the hotel.

The court will hear evidence that as the weigh-in commenced, at 2:20pm, a silver van parked up outside the hotel and some seven minutes or so later, a man wearing a flat cap and a man wearing a wig got out of the van and walked toward the hotel, their progress captured on CCTV.

The court will hear that they entered the hotel through a laundry room entrance and asked a member of staff for directions to the MGM meeting.

Mr Gillane said that the staff member will testify that he showed them where to go and then realized the person with the blonde hair was "actually a man with a Dublin accent".

CCTV footage, the court heard, will show that the men were moving together "arm-in-arm".

The barrister said the court will hear evidence from eye-witnesses that meanwhile, in the Regency Suite, boxer Gerry Sweeney was having his weigh-in completed, when there were "gunfire, gunshots and cracking sounds" and that "immediate panic ensued".

Mr Gillane said that the man with the wig and the man with the flat cap were observed carrying handguns, running down the corridor following or chasing people toward a larger function room, where there were emergency exits.

He said the court will be satisfied that the two men then moved through the Regency Suite back to the function room and to the laundry room.

He said the court will hear evidence that at 2:29pm the same silver van proceeded through the security gate and pulled up in front of the hotel before three individuals dressed as gardai, in armed tactical style uniforms, got out of the van and went to the hotel's entrance, carrying assault rifles.

The court will hear that a number of shots were immediately discharged from the weapons, which caused "all-round panic with people running in opposite directions", and that the manner in which the three people were dressed caused further confusion, with some believing they were in fact gardai, arriving to deal with the incident.

Two men were shot and have recovered from their injuries, the court heard.

Mr Gillane said the court will hear that the deceased, Mr Byrne, was in a group running toward the main reception when he was shot by one of the men in garda uniform, with an assault rifle, and shot again by another of the men dressed as a guard.

The court will hear that he was injured and made his way to the reception desk.

Mr Gillane said the court will also see footage of a BBC reporter jumping over the reception desk, lying on the ground and taking cover, when one of the men in garda uniform jumped onto the reception desk, pointed the weapon at the reporter, engaged with him for a number of seconds, but did not discharge.

The court will hear that the gunman then jumped back over the counter, to where Mr Byrne was lying on the ground, and "calmly and coldly" discharged rounds into the victim.

Mr Gillane said the prosecution case will also establish that it seems clear from the evidence the raiders were looking for a specific person and that the man wearing the wig was heard shouting "He's not fucking here" and "I can't fucking find him".

The evidence will be that the van meanwhile was parked outside, idling, waiting for the alleged gunmen, who all left the hotel and got into the van, which drove away towards Charlemont Estate, where it was burnt out.

The court will see CCTV footage of the six people running down a lane toward St Vincent's GAA club and escaping using vehicles that had been parked up there.

The court heard that the prosecution will also rely on a picture taken by a Sunday World photographer of the men in wig and cap, running from the hotel.

Mr Gillane said that the image was seized during the investigation and that on February 7th, gardai at Ballymun garda station "immediately recognized the man in the wig as the accused".

The barrister said that the gardai identified the man in the flat cap as Kevin Murray, since deceased.

The court also heard the evidence will be that three firearms were found in County Meath on March 9th 2016, and that discharged cartridge cases recovered from the hotel matched the weapons.

Mr Gillane said that the prosecution case is that all six people - the man in the wig, the man in the flat cap, the three men in garda uniforms and the driver of the van - were involved in a "resourced, carefully planned, targeted, murderous attack".

He added that a "perfected callousness" was displayed when one of the men shot Mr Byrne, who was "prone" on the floor.

There was a "shared intention to commit the offence" by all six individuals, the court heard.