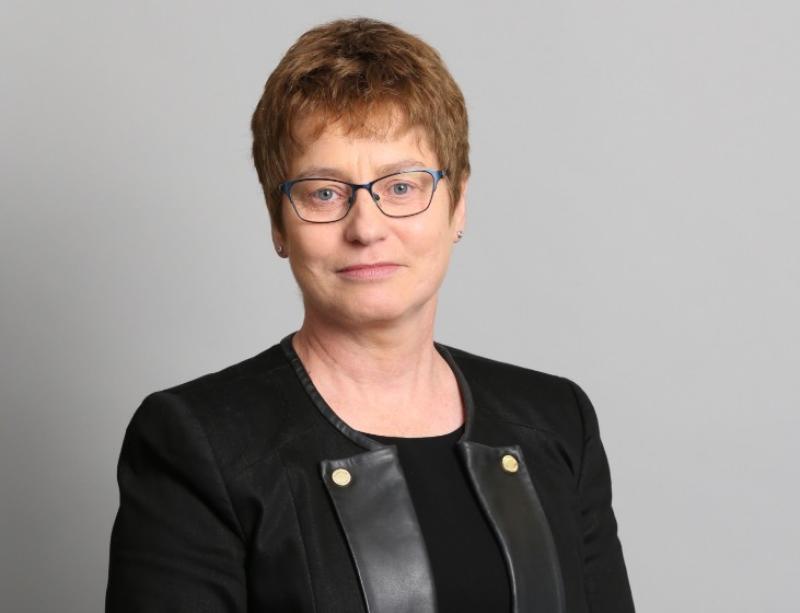 A qualified nurse, who is the chief executive of the Mental Health Commission, is set to become the Inspector of Prisons in Portlaoise and elsewhere nearly a year an half after the post was vacated.

Patricia Gilheaney is the Chief Executive Officer of the Mental Health Commission, a post she has held since 2010. From 2003 to 2010, she was the first Director of Standards and Quality Assurance in the Commission.

The Office of the Inspector is a statutory independent body provided for in the Prisons Act, 2007.  The Inspector is charged with carrying out regular inspections of prisons .

She may enter any prison unannounced and obtain any document she requires for her investigations. As well as providing an annual report to the Minister, the Inspector may produce ‘themed reports’ on relevant aspects of the prison service.

The Inspector also provides reports on the deaths of prisoners.

Ms Gilheaney holds an MSc in Health Services Management and an MSc in Executive Leadership. She is a registered general nurse and a registered psychiatric nurse.

Her background may come into play in the assessment of the effectiveness of a new National Violent and Disruptive Prisoner (VDP) Unit to be set up at the Midlands Prison Portlaoise.

JAIL WITHIN A JAIL SET FOR MIDLANDS PRISON

The Minister for Justice and Equality, Charlie Flanagan, congratulated Ms Gilheaney on her appointment effective from 7 May 2018.

“To have succeeded in a Public Appointments Service (PAS) competition featuring a very high standard of candidate is a testament to Ms. Gilheaney’s undoubted ability. I look forward to Ms Gilheaney bringing her unique experience and skills to her new role as Inspector of Prisons and continuing the excellent work of her predecessor, the late Judge Michael Reilly.

"The Director General of the Irish Prison Service, Michael Donnellan, joins me in welcoming Ms. Gilheaney to the post. He and I look forward to cooperating with her in our joint aim of continuing to improve standards in the Irish prison system to the benefit of prisoners and staff alike,” he said.

The Minister thanked Ms Helen Casey, Principal Officer in the Inspector of Prison’s office who, since Judge Reilly’s untimely death on November 26, 2016 has continued to carry out the role of Inspector under a Ministerial warrant.

Ms Gilheaney will be only the third Inspector of Prisons.

The first was Mr. Justice Dermot Kinlen, who was appointed on a non-statutory basis for a period of five years with effect from April, 2002. Judge Kinlen was re-appointed to the post, but died in 2007.

The second Inspector was Judge Michael Reilly who was first appointed to the post on 1 January 2008 a position he held until his sudden death in 2016.

After his death a report he completed was published which recommended that money must not be an excuse for the HSE to take over responsibility for healthcare in prisons.

Another report he carried out also called for an overhaul of prisoner complaints system.