Boss of Portlaoise and other prisons steps down early 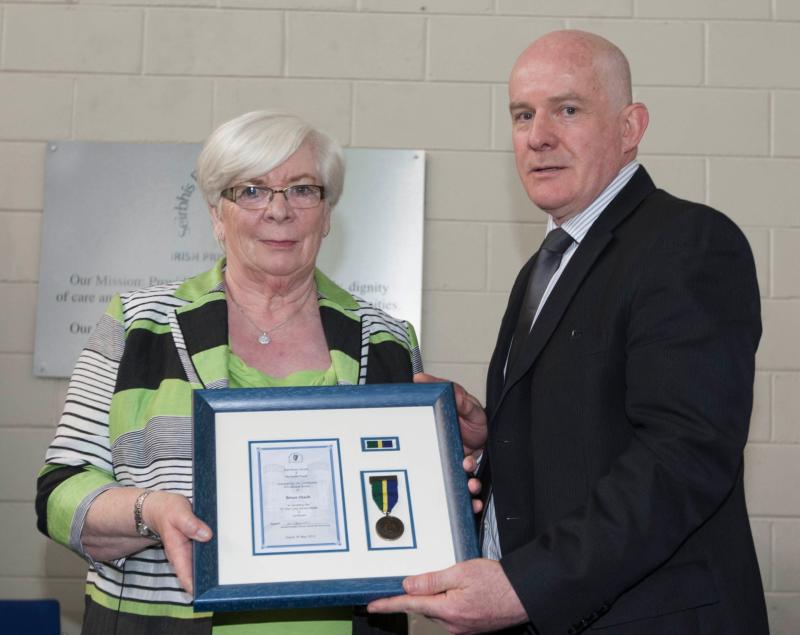 The Director General of the Prison Service is leaving the job less than half way into his five year term.

Mininister for Justice Charlie Flangan has confirmed that Michael Donnellan would will complete his term as Director General of the Irish Prison Service on Friday, November 30.

Mr Donnellan has served as Director General since 2011, prior to which he spent six years as Director of the Probation Service.

He was reappointed for a furthre five year term in January 2017. At the time Minister Fitzgerald said Mr Donellan would continue to enhance the safety of our citizens by providing rehabilitation and opportunities for prisoners.

"I wish Michael well in his role and look forward to continuing to work closely with him as we strive to provide a world class Prison Service," she said.

A Department of Justice statement gave no reason for Mr Donnellan's early departure. Instead, Minister Flanagan praised the man who oversees the running of prisons in Portlaoise and elsewhere.

“I want to pay a warm tribute to Michael Donnellan who has led the Irish Prison Service with energy, integrity and dedication for the last seven years.

"Since my appointment as Minister, I have witnessed Michael’s progressive and compassionate approach first hand. He has led a significant culture change in the penal system as well as delivering infrastructural improvements to the prison environment and championing a joined up approach to the management of offenders. Michael has overseen a reduction in the number of prisoners on restricted regime and worked with the Probation Service to deliver important prisoner rehabilitation initiatives.

"From 2011 to 2017 Ireland reduced its prison population by 16% while reducing the number of prisoners on temporary release from 997 in February 2012 to 234 today.  These outcomes are recognised at home and internationally and my Department was rightly proud when Michael was the recipient of the International Corrections and Prisons Association’s Head of Service Award last year.

"Michael’s personal leadership has contributed enormously to the improvement of our prison service and he will be missed by all his colleagues in the criminal justice system.  I wish him all the best with what I’m sure will be an exciting next chapter for him,” he said.

Apart from his work in the prison and probation services, he served as Director of two children detention schools in Dublin. He spent his early career working within adult psychiatry before specialising in child and adolescent psychiatry. He worked in inner city London as a Social Worker, and then as Manager of Brixton Child Guidance Unit, before returning to Ireland in 1994.