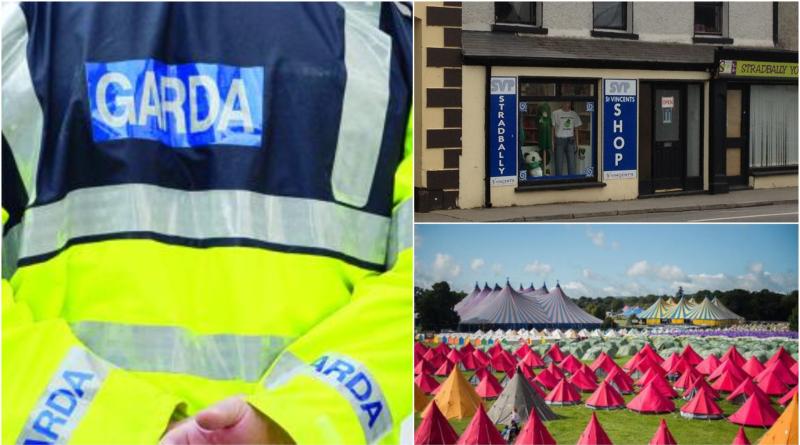 Gardai in Laois are appealing for information after goods in an Electric Picnic lost and found box were stolen from a local charity shop.

The St Vincent de Paul (SVP) shop in Stradbally town, where the Electric Picnic festival was hosted in September, was carrying out a public lost and found service for wallets, phones and other personal items recovered after the festival.

People travelled from all over the country to recover their lost items after the festival thanks to the lost and found service.

An intruder or number of intruders entered the SVP shop over the back wall of the premises at Main Street, Stradbally between Wednesday and Thursday, October 3 and 4.

It is understood that the intruders knew that the lost and found items were in a specific location on the premises and a number of items were taken before they fled.

Many of the lost and found items had already been collected by their owners as the music festival took place almost six weeks ago however a number personal items including phones were taken.

Gardai are appealing for anyone with information to contact Portlaoise Garda Station (057) 867 4100.

This is not the first time the SVP shop has been broken into. SVP provides a range of services for vulnerable people in the community.