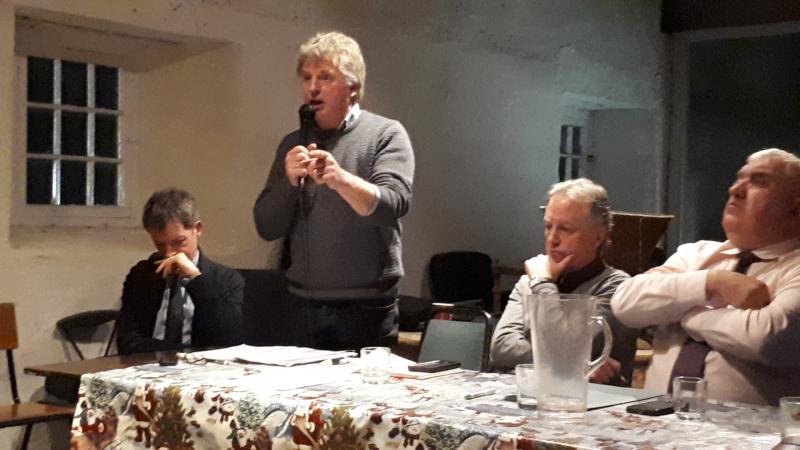 Talks between Laois County Council and community alert representatives are on the cards in an effort to settle a dispute over  community CCTV schemes.

News that John Mulholland, the council's Chief Executive, is finally offering a meeting with residents emerged at a public meeting in the county on Wednesday night where people from the four corners of Laois put up a united front to get the council's backing for the schemes.

Groups were invited to the special meeting by Laois Woodenbridge Community Alert Group as part of mounting a countywide campaign to fight for cameras. Crime journalist Paul Williams co-chaired the meeting.

A number of schemes across Laois have been delayed, one for up to two years, because Laois County Council is refusing to act as Data Controller. As a result, grant money has also been held up.

Existing schemes attended because they are fear their cameras not be legal. Laws governing all community CCTV schemes require that the local authority be the data controller. Laois County Council sanctions no schemes in Laois.

Frustration was expressed by many speakers about their predicament. Representatives of planned schemes in Mountmellick, Donaghmore, Clonaslee, Mountrath, Castletown and Woodenbridge near Durrow also spoke about being stalled.

Representatives from operational schemes Borris-in-Ossory, Ratheniska, Camross also attended. Their schemes are up and running but are in legal limbo because the council is not their registered Data Controller.

A spokesman for the Borris-in-Ossory scheme said

The meeting agreed to accept the invitation but only if the three Laois TDs were present. They were anxious that the meeting would not be a meeting about a meeting.

Other speakers on the night included Chief Superintendent John Scanlon, Laois TD Brian Stanley, councillors John King, Brendan Phelan and Paddy Bracken. A statement on behalf of Laois TD and Minister for Justice Charlie Flanagan was read at the meeting by his assistant Rosemary Whelan.

Chief Supt Scanlon believed a solution was possible and suggested the possibility of a joint data controller.

Crime journalist Paul Williams said people power is the only way sort out a dispute.

Read also: WATCH - PAUL WILLIAMS URGES PEOPLE TO STAND UP FOR THEMSELVES