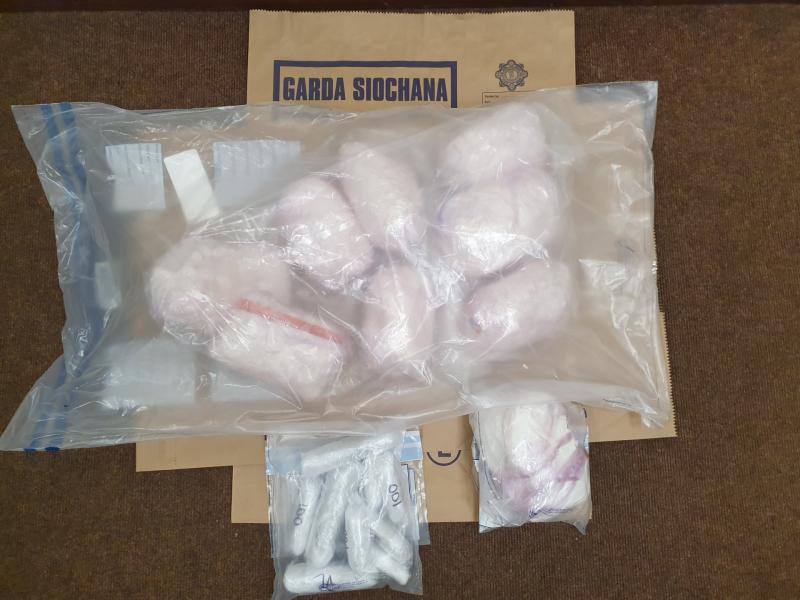 More arrests and drug discoveries have pushed the value of drugs seized in the Midlands in the past month beyond the €2 million mark.

On Monday, April 11 Gardaí stopped and searched a car in the Green Road area of Mullingar, Co. Westmeath. During the course of the search, Gardaí recovered cannabis with an estimated value of €2600 (pending analysis).

A follow-up search was carried out at a house in the Ashe Road area of Mullingar. Gardaí seized a large quantity of suspected Amphetamines (speed) with an estimated value of €135,000 (pending analysis).

A man, aged in his 30s, has been arrested and is currently detained at Mullingar Garda Station under Section 4 of the Criminal Justice Act 1984.

Earlier today, Tuesday, April 12, Gardaí seized approximately €35,000 worth of cocaine and arrested a man following a search of an apartment complex in the Clondra area of Longford carried out today.

A man, aged in his 30s, was arrested at the scene and is currently detained at Longford Garda Station under Section 2 of the Criminal Justice (Drug Trafficking) Act 1996.

On Monday, Gardaí from the Laois/Offaly Divisional Drugs Unit and Portlaoise/Tullamore Detective Units assisted by members from Birr Garda Station carried out a search at a house in the Birr area.

The latest operations push the value of drug seizures since early April beyond the €2 million mark. Gardaí have seized more than €1.5 million in Laois since April 8.

At least three people have died from drug overdoses during the same period.

Read also: NEARLY €2 MILLION WORTH OF DRUGS SEIZED IN LAOIS AND OFFALY A MONTH