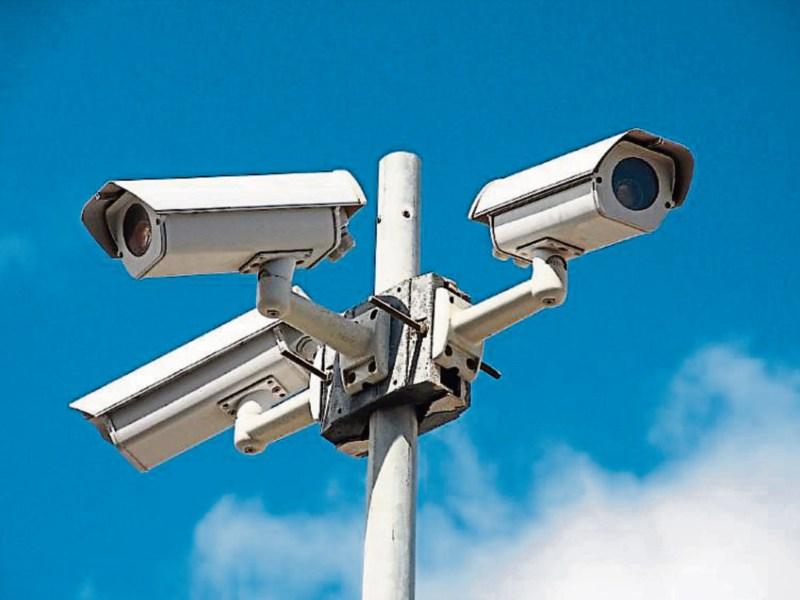 Frustration with the slow pace of the roll-out of 13 community CCTV schemes and data protection restrictions to prevent crime in Laois boiled up at the recent Laois Joint Policing Committee.

The meeting, which saw Raheen CCTV been given the all-clear, was told of ‘huge problems’ being experienced by community alert groups who are trying to set up schemes.

It also led to sharp exchanges between one public representative and the council official tasked with overseeing the scheme in Laois.

The issue at the core of the problem highlighted is not a new one. It relates to the retention of the images / data captured by the cameras. The issue has delayed schemes in Laois for years and also blocked funding.

A Laois Federation of CCTV schemes was set up after Laois County Council agreed, reluctantly, to be the data controller. The law states the council must manage the data if schemes are to operate legally.

Ongoing difficulties getting around the obligations on schemes was first raised by Sinn Féin TD Brian Stanley.

“There is a huge problem at the moment. There are community groups across the county have done years of work.

“They have cameras in place and in some cases there is information on the cameras that cannot be lifted by the gardaí and community groups are not in a position to give it to gardaí to solve crimes,” he said.

Deputy Stanley said the problem goes back to the issue of data controller. He believes that it is being used by design so that the CCTV schemes fail.

“The system by which the local authority becomes the data controller is so bureaucratic and so bound up in regulation that it is proving impossible for some groups to get their schemes approved,” he said.

He said there is “total and utter frustration” in community groups adding that they are facing a “mission impossible.”

“If you make something too complicated it will not work,” he said.

He said the only way it could work is that if garda vetted people on a community alert group are designated as the data controllers.

“The facts are this has been stopped in its tracks and we need to find ways of simplifying it - it’s too bureaucratic. There is too much red tape. We need to solve it,” he said.

He proposed that meetings take place involving gardaí, council and the community groups so that schemes can proceed one by one.

Committee chairman, Cllr Tom Mulhall said a number of other schemes have been approved but cannot take up grants because of the data controller problems.

He said an extension of time is needed.

Cllr Aisling Moran agreed that criminals are getting away with crimes such as dumping that have been caught on cameras but the images cannot be used.

She called for a time limit to be put on the roll out.

She said there are plenty of companies that could act as data controllers.

Cllr Paddy Bracken is chair of the Laois CCTV Federation which was set up to solve the problem. He said it has been frustrating and Covid-19 has not helped.

He is also on the Mountmellick CCTV committee and hoped there would be progress.

Donal Brennan is the Laois County Council’s Director of Services tasked with facilitating the setting up of the data controller aspect of the schemes.

“The council has to be the data controller. That is not within our remit to change. The law can be changed up in Dublin but that is the law,” he told the Laois Joint Policing Committee.

He said meetings were due to take place with the Department of Justice but were postponed due to Covid-19. He added that the Data Protection Commissioner has been in contact with the council over CCTV. A meeting is planned.

He said data has to be more securely stored than jewellery.

“Some places have data in boxes on the side of the road. That could be cut down and taken,” he said.

He said a series of details has to be sorted, such as the requirement that CCTV can not take images from private property.

“The council is a data controller so the council must be satisfied that the system will be capable of operating in accordance with the law,” he said.

He warned that there is an amount of work to be done.

“For us to take on the role of data controller the scheme must provide us with sufficient documentation and assurance that the data is totally protected. If we do not have that information we cannot say it is a proper scheme,” he said.

He said work started in January with the schemes that had received approval and that was interrupted by Covid. He insisted that the council was not making excuses but trying to comply with the law. He reiterated that community groups must provide all the information needed.

“It is not a rubber stamp exercise. It is very serious and must be taken very seriously,” he said.
He added that there are penalties if this is not done correctly.

Laois County Council confirmed in January 2019 that it convened a workshop to address practical issues associated with the successful implementation of community CCTV schemes.

The meeting was convened after the council reluctantly confirmed that it would assume the role of data controller required under the law for schemes to be set up.

Federation of Community Based CCTV Group Schemes that is to be independent of, but supported by, Laois County Council and that on this basis the council would agree to act as data controller under the 2006 legislation.

On foot of this, the council said that all applicants for new CCTV schemes and associated funding are now free to submit applications for further processing and approval by the Department of Justice and Equality.

The council said it is anticipated that new schemes can proceed to installation in the short term.