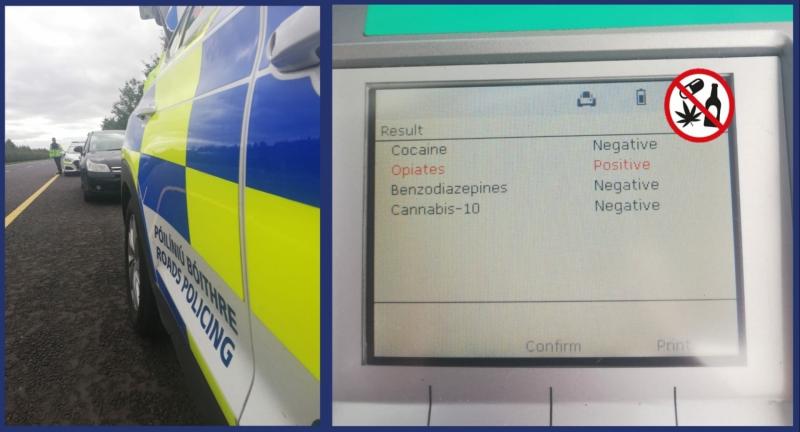 Gardaí say they arrested a man this week on the motorway near Portlaoise who they claim tested positive for drugs, was driving dangerously and gave false details.

Portlaoise Gardaí say they stopped a vehicle after it was observed driving dangerously on the M7 Dublin, Cork, Limerick motorway.

Gardaí allege that the driver gave false details to the roads policing unit when stopped. They also claim that the individual tested positive for opiates following a roadside drug test.

The driver was arrested, charged and is scheduled to appear before Portlaoise District Court. The vehicle was seized.