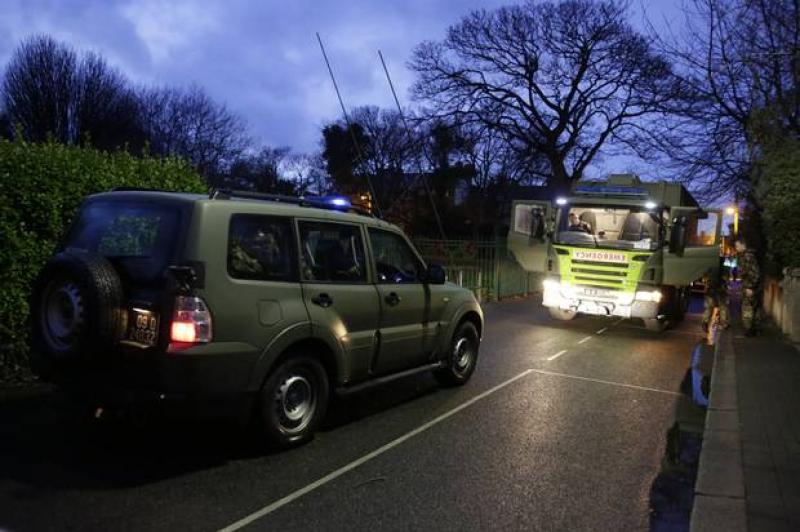 Residents believe a suspected pipe bomb found at a house on the Mountmellick Road in Portlaoise that had to be dealt with by the bomb squad is a drug trade threat and not a hoax.

The Leinster Express has learned that the device which local people said looked like a pipebomb was left at the doorstep of a vacant house on the Mountmellick Road near the entry to O'Moore Place.

It is claimed the gardaí were called at about 2.30 am on Thursday morning, November 19. On arrival and inpection of the device, the gardaí decided that the object merited a call to the Irish Defence Forces  Army Explosive Ordnance Disposal.

A number of neighbouring houses were subsequently evacuated including the house of an elderly man who lives next door to the property. The Mountmellick Road was also closed for a number of hours until the area was made safe at 6am.

Residents believe there was the purpose of the device was designed as a warning to those who frequent the property the ownership of which is not known. Locals also believe that the house is being used as part of the local drug trade which is why they believe the device was left outside.

Cllr Caroline Dwane Stanley said she is familiar with the area and the property. She believes agreed that the device was designed as a threat. The councillor believes preventative measures are available to help the gardaí police the area.

"I've been calling for the Portlaoise CCTV system to be extended to the Mountmellick Road. It is not a panacea but if you have cameras at least you can see who is moving around in the area," she said.

The Sinn Féin member of the council welcomed the reestablishment of the Garda drug squad in Laois which she said has helped. But she said residents are afraid to speak out continuing problems.

"People are terrified to open their mouths," said the councillor who is a member of the Laois Joint Policing Committee.

She said the situation cannot be let get out of control.