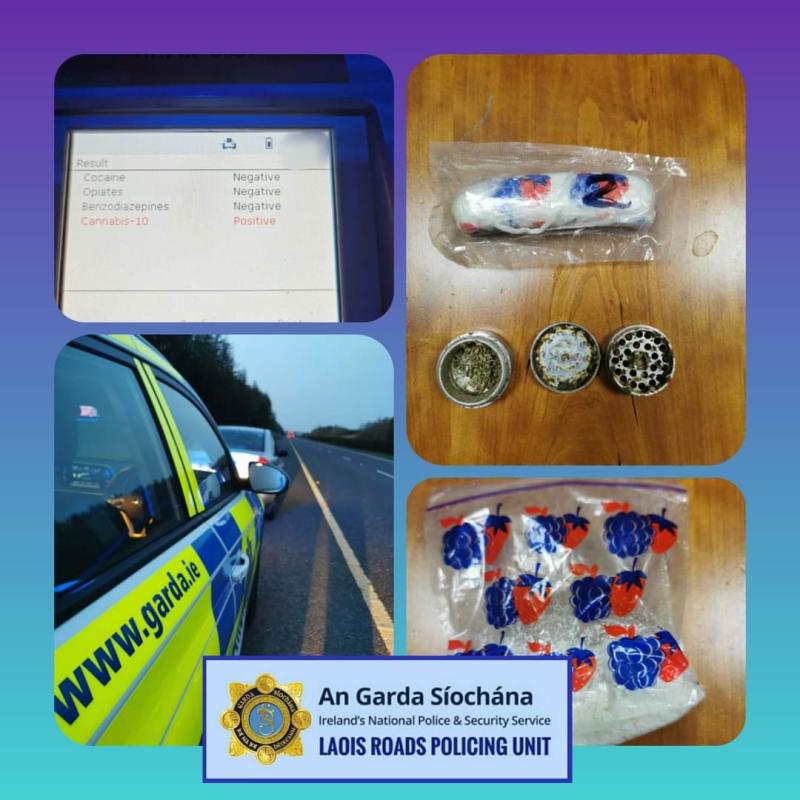 Gardai in Laois have seized €6,000 worth of drugs mostly cocaine after a woman was caught speeding while driving under the influence

Gardai isued a statement on the operation.

"A female driver failed the road side drug test and was arrested. The car was searched and a small quantity of cannabis herb was recovered along with €4,500 of suspected cocaine.

"A follow up search was carried out at an address in Tipperary which resulted in the seizure of another €1500 worth of drugs," they said.

Gardai said the drive was charged and is due to appear before Portlaoise District Court.