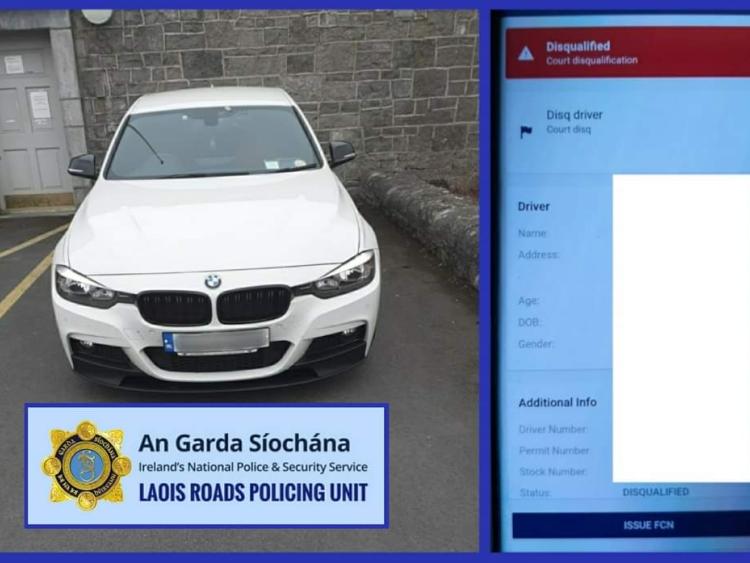 The driver of a white BMW had to hand over the keys to gardaí in Laois this weekend after they found that he was banned from driving.

Laois Offaly Gardaí issued a statement on Sunday, April 18when the car was stopped.

"Laois Roads Policing Unit on patrol today in Borris in Ossory stopped a vehicle with no insurance disc displayed.

"The driver was discovered to be disqualified from driving through the Garda Mobility App. Driver arrested and charged to appear before Portlaoise District Court and the vehicle was seized," said Gardaí.