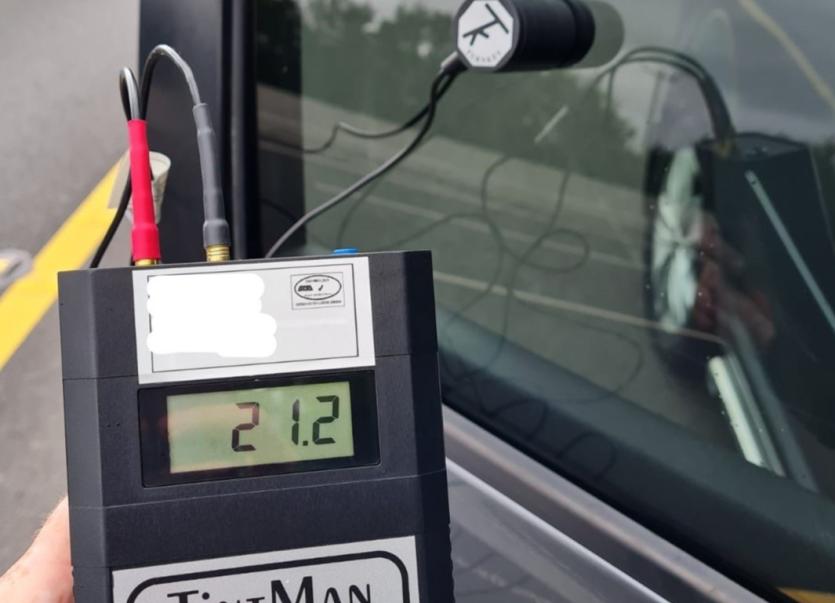 A vehicle travelling on the M7 with blacked out windows was found to have tint levels above the legal limit.

Gardaí said a check using a TintMan measuring device revealed that the Light Transmission Level was only 21% while the minimum requirement is 65%.

Furthermore, the Mobility App also revealed the driver was disqualified from driving.

The vehicle was impounded and the driver was arrested. A court appearance will follow in coming weeks.

According to the Road Safety Authority, excessively tinted windscreens or front side windows present a significant safety hazard for vehicle drivers and their occupants.

Visibility is greatly reduced, particularly for night time driving and at times of low light. READ ON BELOW LINK.

There are also enforcement issues for An Garda Síochána in regard to driver recognition, the detection of driving offences e.g. holding a mobile phone while driving, and other criminal activity.

If the NCT vehicle inspector deems that the windscreen or front side windows are excessively tinted the level of light transmission of the window will be tested.

The glass in the windscreen and front side windows will be required to have a light transmission level of not less than 65% in order to pass the NCT test.

The tinting of these windows must not be greater than 35%. Unfortunately, the National Car Testing Regulations do not allow for any exemptions in this regard.

Tint films tend to be quite easily removed and replaceable with a compliant film which would block UVA light and meet the requirement of not less than 65% light transmission.

There is no limit on the tint level in the rear window and rear side windows.

Job just off the M7: No pay but you get "free house" 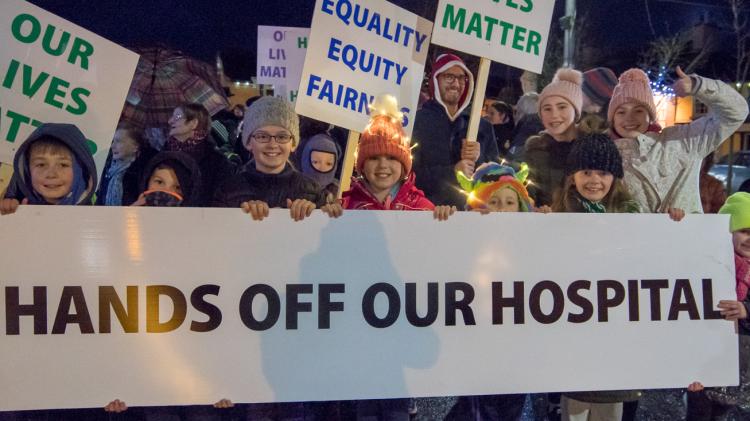