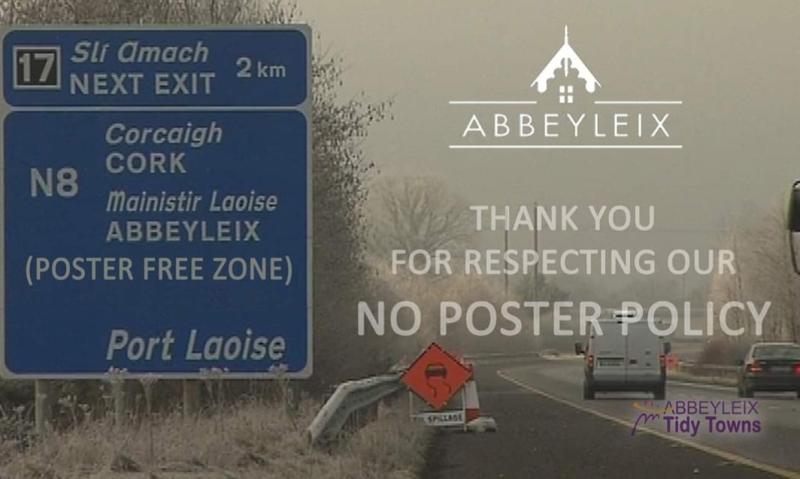 The Tidy Towns group in what is arguably one of the most picturesque towns in Ireland have appealed to politicians to stay off their patch with posters in during the General Election campaign.

Abbeyleix Tidy Towns in Laois have thanked political parties and candidates in advance to please respect the town's no poster policy.

"Abbeyleix Tidy Towns would like to remind all election candidates that Abbeyleix is a 'Poster Free Town' and thank them for their continued support," says a post on the Abbeyleix community facebook page.

Candidates, Charlie Flanagan, Seán Fleming, Brian Stanley and Pauline Flanagan are tagged in the posted. They are all candidates in the Laois Offaly five-seat constituency.

Abbeyleix, which is a heritage town, has been the most successful towns in the national Tidy Towns competition in recent years.

Abbeyleix is among a number of Laois towns that had poster bans in place in the local and European elections last year.

ESB Networks reminded all political parties involved during 2019's campaigns that the erection of posters on ESB electricity poles poses a serious safety risk to ESB Networks staff, contractors and members of the public and is strictly prohibited.