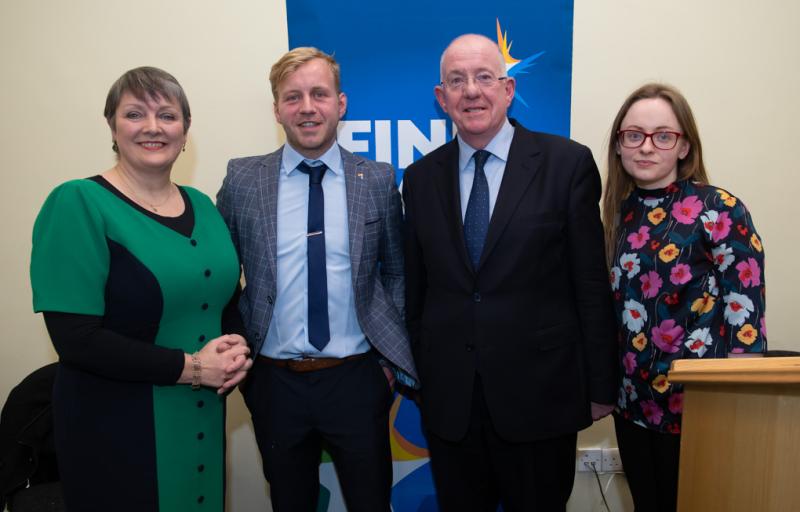 Social media is a "sewer" according to Fine Gael TD Marcella Corcoran Kennedy.

Speaking at the launch of her party's General Election Campaign for Laois Offaly with Minister Charlie Flanagan, she slammed social media as "toxic" in the wake of the RIC commemoration controversy.

"Politics has become very toxic of late. Social media has tried and tried to drag us into the sewer with them.

"But I can tell you the trolls on social media won't stop me and they won't stop that man there the Minister for Justice who has been targeted massively at the minute," she said.

"We owe it to him and we owe it to the Fine Gael organisation to get out and put our shoulders to the wheel and make sure both of us are returned in this constituency," she told the audience of Laois Offaly Fine Gael members, who applauded in support.

The launch was held in the MDA building in Minister Flanagan's home town of Mountmellick, Laois on Tuesday evening January 21. The election is on February 8.

Below: the audience at the launch of the Laois Offaly Fine Gael General Election 2020 campaign. Photos: Denis Byrne