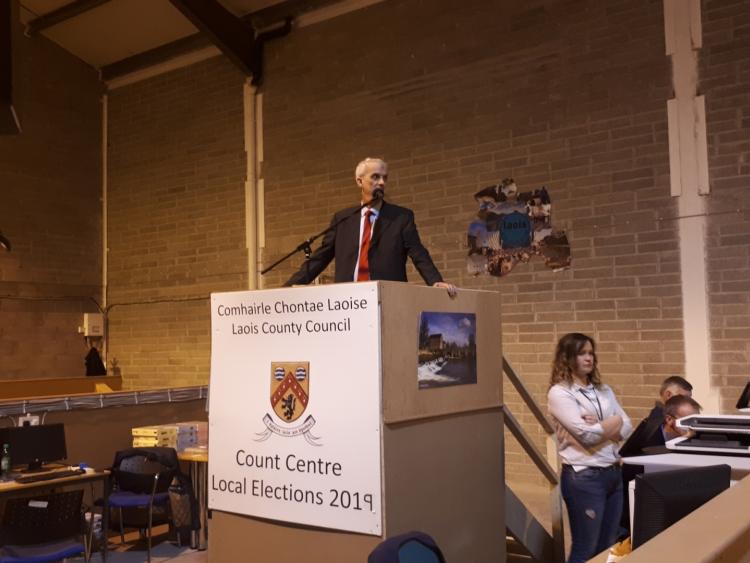 Laois local election count staff in Portlaoise have completed the sorting votes by candidates in the three municipal districts but the Returning Officer has adjourned proceedings until Sunday morning.

Returning officer Donal Brennan announced at 11.45 pm on Saturday night that the last of the votes had almost been sorted. When complete, the count would resume at 9.30 am.

Counting of votes will begin with the Portlaoise Municipal District followed by Borris-in-Ossory Mountmellick District and the Portarlington Graiguecullen District.

Local election votes cast in Laois were brought to the St Mary's Hall in Portlaoise with the European and referendum votes.

Tallies and referendum votes were counted in St Mary's Hall before being transferred to the local election count centre at the Kea Lew county council-run count centre where sorting got underway by 6pm.

A total of 39 candidates are competing for 19 seats on Laois County Council.

Tallies showed that a number of candidates are well ahead in all three districts but tight contests are in store for the remaining seats in the three electoral areas.