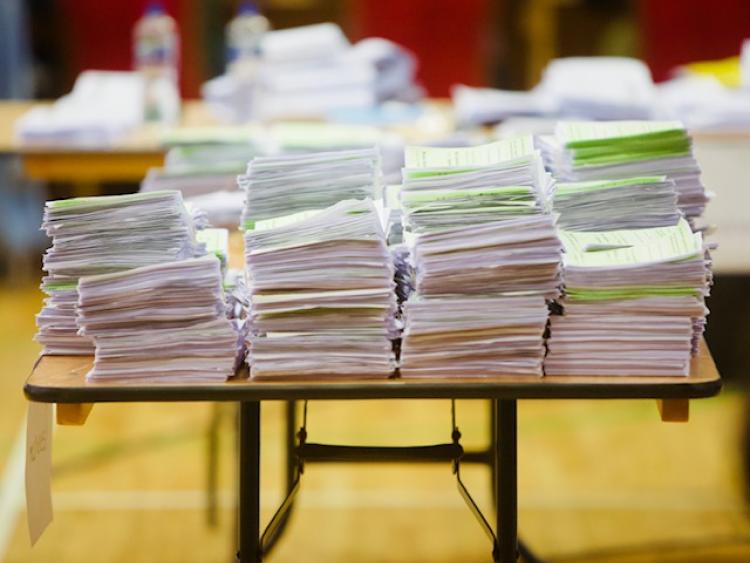 The length of time it is taking for a first count of votes to be announced for the Laois local election has been described as 'outrageous' and 'an indictment on Laois County Council'.

Polling stations closed at 10 pm on Friday night, and over a day and a half later there has been no announcement on the first count in any of the three electoral areas.

Laois Fianna Fáil candidate Donal Kelly said the delay in the count is a 'laughing stock'.

"It’s a laughing stock really. It has been 43 hours and we have heard nothing. The speed at which this is being done I think it is outrageous I think it is an indictment on Laois County Council. It wouldn't be tolerated anywhere else," he said.

Cllr Aidan Mullins was also furious with the length of the count. He said there should have been more counters but was told that that would require more supervisors.

He was frustrated and said a lot of people won't see their candidate elected because it could go into Monday.

Other candidates have expressed their open dissatisfaction with the delay.

The counting of Laois local election votes is now underway in all three municipal districts.

In Offaly, results of five counts have already been recorded and some counties are nearing the end of their counts.