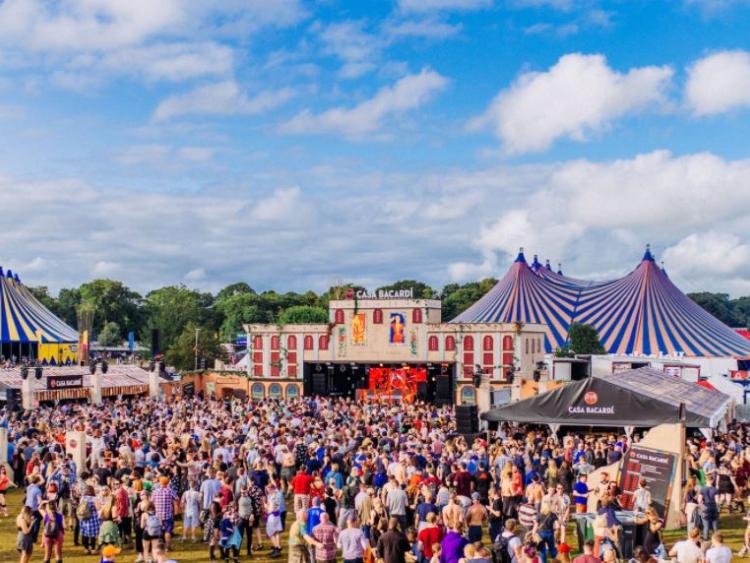 Now in its third year The Hazel Wood at Electric Picnic has firmly established itself as the festival’s go-to spot for an eclectic mix of performance arts including theatre, dance, storytelling, spoken word and music.

Set in a secluded woodland haven amongst a circle of traditional horse-drawn caravans, centred around a crackling campfire and adorned with a beautiful array of visual art, The Hazel Wood is a sanctuary where you can exhale, unwind and lose yourself amongst the wonder of it all.

This year The Hazel Wood is proud to welcome onstage: Renowned story teller EDDIE LENIHAN with GLIMPSES OF THE OTHERWORLD, GOOD INTENTIONS – a collaboration from graduates of THE LIR ACADEMY, DOWTCHA PUPPETS with their new production entitled FAIRY BEASTLYBOOTS,THE CORPS ENSEMBLE with THE FETCH WILSON, a new play entitled ELECTRIC by ALI HARDIMAN, DANCE FIRST THINK LATER with UCD DANCE SOCIETY, a cappella troupe THE RAMPARTS and of course we are delighted to welcome back our resident theatre troupe FOOTSBARN TRAVELLING THEATRE with BOTTOM’S DREAM…and much, much more besides!

The Hazel Wood is pleased this year to introduce a new indoor café bar and venue where you can enjoy a refreshing cold beer or a piping hot cuppa while immersing yourself in a selection of monologues and duologues by graduates of The Lir Academy or spoken word and musical performances from Laois locals Cian Mac Gearailt, Glory Anumuck, and Niamh & Eoin O’Sullivan.

So, whether you’re looking for a cosy spot to chat, an enchanting world of storytelling and performance art, or somewhere calm to nurse a heavy head, The Hazel Wood is for you!

EDDIE LENIHIN with GLIMPSES OF AN OTHERWORLD

Prepare to be enthralled! Seanchaí, author and broadcaster Eddie Lenihan is arguably Ireland’s greatest living storyteller. An inspired performer, his stories are not for the fainthearted ...but then the good stories never are! Irish fairy stories form a prominent part of his huge repertoire, but there are historical tales, too, stories of notable persons, devil stories, accounts of saints, of monsters, ogres, giants, ghosts and much, much more. In equal parts thought-provoking, amusing and grotesque - simply put, Eddie’s performance is at 3pm on Sunday is a must see for any festival fairylore fanatic!

Baby wipes, glitter and cans at the ready, Joni and Scarlett head off on their respective weekends. From two sides of Dublin city and residing on two sides of the festival, the pair unexpectedly meet in the neon fields of Electric Picnic. Hysterically riotous and soul-stirring, ELECTRIC probes our innate prejudices and preconceived notions of who we are while taking you on the session of a lifetime!

THE FETCH WILSON by THE CORPS ENSEMBLE

Inspired by the worlds of Edgar Allen Poe and Chuck Palahniuk, The Fetch Wilson is a wild and savage journey down the streets and back alleys of modern Dublin from an award-winning writer and ground-breaking young Irish theatre collective The Corps Ensemble. This thrilling new play brings you to places you shouldn't go but want to - while asking one question: how well do you really know yourself?

The Corps Ensemble was founded in 2015 by a small group of actors and theatre practitioners who wanted to push their artistic limits and create a tightly knit, uninhibited and impassioned ensemble to present vital and exhilarating work for the stage. They believe that theatre should be about taking risks, aesthetically and physically, about breaking down the barriers between audience and performer, and above all, communicating ideas and feelings led by great performances, great stories and great playwrights.

Winner of Cork’s ‘Miss Badness’ competition for 10 years running Dowtcha Youth Ensemble are proud to present their take on Sleeping Beauty!  With stunning life size puppets, original songs, and a cartoon style set; this hilarious show is perfect for all ages, young and old!

Inspired by The Midsummer Night’s Dream from W. Shakespeare

The world-renowned Footsbarn revisits its internationally acclaimed production of Midsummer Night’s Dream to create periods of magic and comedy where the amateur troupe of rude mechanicals get embroiled in an argument  between the King and Queen of the Fairies. Join Footsbarn and immerse yourself in the parallel universe they create, a place where fantastical creatures lurk.

Fresh from BBC One’s Pitch Battle and TV3’s Ireland’s Got Talent this all male A Cappella group love to sing traditional Irish, folk, pop and of course some cheeky barbershop. Their repertoire includes everything from ‘The Auld Triangle’ to Ed Sheeran ‘Shape of You’ to Father Ted’s ‘My Lovely Horse’. With bags of energy and cheekiness, The Ramparts performance is not to be missed!

Ever dreamed of finding yourself in the middle of a flash mob?!!

Fresh from the Ireland Dance Inter-varsities where they took home first prize, UCD Dance Soc. will burst into action in The Hazel Wood at various and unexpected intervals across the festival weekend with their flash mob piece - “Dance Now Think Later”. This mixed piece created and directed by Danielle Byrne and Rachel Condon combines all of the societies chosen dance styles – Hip Hop, Fusion and Irish - into one.

Returning this year, the Cerebral Fortress will once again challenge picnickers to be brave in the woods-close your eyes and tap into the immersive and augmented reality of your own psyche, if you dare!

Experience the drama and the danger of the Wild West with a performance of gunslinging, knife and axe throwing, and much more besides. Not to be missed - it’s a “bloody” good show!!!

Featured visual artists this year will include Patsy Preston and Carmel Doherty, whilst the beautiful stage and our new café bar will be designed and produced by Anton Cullen of Triangle Productions.

Read also: This is how you can get the LAST Electric Picnic tickets.