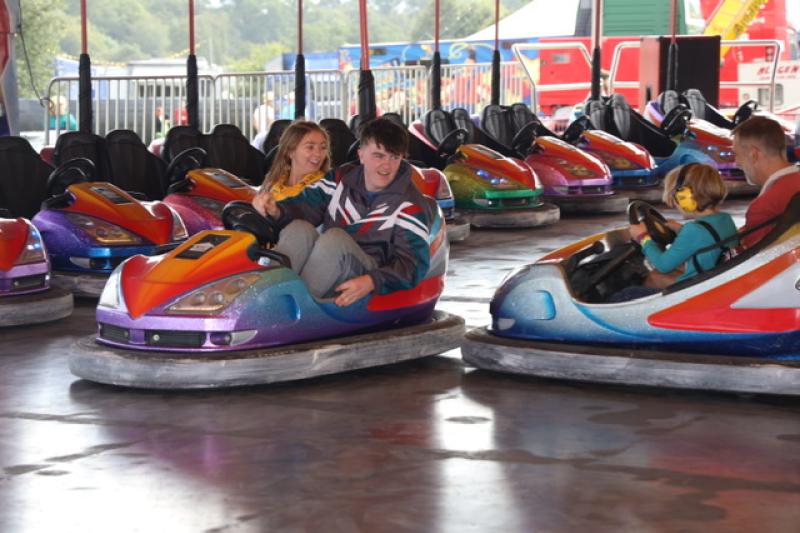 Bumpy ride for the Electric Picnic

A call by a Laois public representative for Stradbally which hosts the Electric Picnic to cancel the 2021 edition because of Covid-19 has won significant support from locals.

While the organisers Festival Republic are lobbying to stage the event from September 3-5, Cllr Paschal McEvoy posted on Facebook that he did not believe that the Electric Picnic should go ahead this year.

"I honestly think that we need another year to hopefully have brought this COVID to a place where we can be comfortable and safe. To have 70,000 festival-goers converge on our town this September is not safe and in my opinion, is too much too soon," he said.

The post has received 181 likes. Of the more than 80 comments many agreed with the county councillor's views.

Marie Lawlor and several others said simply that they "100% agree" with Cllr McEvoy.

Siobhan Delaney also believed it was too soon to have the event.

"Kids can't have their Communions or Confirmations but yet 70 odd thousand be let into the Town.. all for the Picnic but not this year," she wrote.

Lisa Buggy also ruled it out.

"Not a hope this should go ahead makes no sense at all really. I hope the town comes together and makes sure it doesn't happen this year," she posted.

Joe Oakley agreed that should not happen this year.

"People cant even attend football matches at the moment," he said.

Pádraigín Ní Dómhnall said the Ploughing Championships which were due to be held nearby were also cancelled.

"Over double that amount was expected to come to Ratheniska in September for the world ploughing and that's cancelled so can't see what they can't cancel this and it was a couple miles apart," she said.

"Be a risk to people's health and totally ignorant of the EP. I do a lot of work up there but won't be involved this year even if it does go ahead, I've made that clear. No picnic of any calibre 2021 please," he said.

"I wouldn't mind a small trial festival like they are doing in England with download and Glastonbury. 10,000 max all vaccinated and tested before and after. Safe steps. But considering we cant even have confirmation or communion, I'm not sure live music or festivals will get the go ahead this year in any capacity," she said

"I have seen how important this is to everyone. But sadly enough not everyone has been doubled vaccinated yet. I rather know my family is safe and happy. Too close for comfort," she.

Denise Lawlor was also against it and hoped the unify in opposition.

"It shouldn't go ahead, and I think the town should come together on this," she said.

Angela Connell agreed that the community's voice must be heard.

"Surely the people of Stradbally have a say in this....it's our health being put at risk," she said.

"Surely the town get to have their say. How on earth could they even think of letting it go ahead with such a large crowd in a small town? Doesn't make sense.

There were some dissenting voices. Tim Chambers said vaccinations should be factored in.

"So you don't believe the vaccination to be worth its salt. We won't know if we don't try to start festivals etc. There's other big issues I think most will be ok if they are vaccinated. People are dying with heart problems cancer lots of other stuff and are not able to get the care they need. We have to move on and thread carefully try a few see the results," he said.

Kevin Kennedy is not against it but expects it to called off.

"I personally wouldn't mind it going ahead but I can't see them being granted the licence ... I'd say its dead in the water

Sean Mc Carthy said vaccination could mean it could happen. "What is the problem if everyone is vaccinated bring it on".

"Vaccination is up to 2.5 million. Most at risk nearly done. Why are NPHET so against antigen testing? Seems bizarre and not for the first time they spin their narrative as fact, they completely rubbished Michael O'Leary when he suggested face masks last July only to introduce them tow months later as our saving grace!

"Normality needs to be fast-tracked. Fear peddled by doomsday operators can't be the winner here," he said.

Read also: LAOIS TD GETS LOW DOWN FROM ORGANISERS