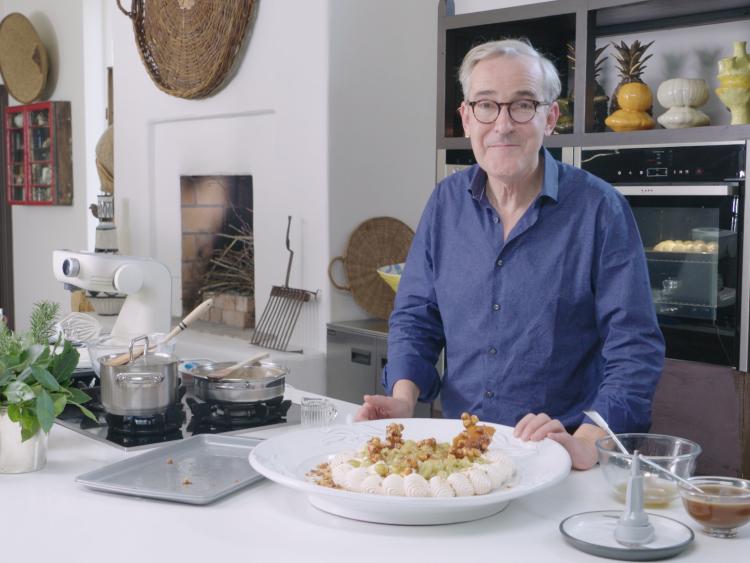 How to Cook Well with Rory O'Connell

Laois native Rory O’Connell is back on RTÉ One for the fourth series of How To Cook Well with Rory O'Connell.

As always, Ireland's most experienced cookery teacher from Cullohill cooks imaginative and stylish dishes with wit and erudition, but always with the aim of making the recipes simple to follow and accessible.

Rory's particular skill is in taking quite humble ingredients, such as mackerel, beetroot or gooseberries and creating a dish which transforms them into something surprising and delicious.

Ingredients such as Middle Eastern spices zaatar and sumac, once only available in specialist grocers, can now be found in most supermarkets and this is due in part to Rory using previously unfamiliar ingredients in his programmes.

Influences from Asia, the middle East and the Americas can be found in this selection of recipes, as of course are the traditions, and superb ingredients, to be found in Ireland.

In the first of his brand new 8 part series, the co-founder of the famous Ballymaloe Cookery School in Cork prepares a delicious mussel and wild garlic omelette starter.

As well as teaching, Rory has worked as a chef in some of the world's top restaurants including Chez Nico, Chez Panisse and with Raymond Blanc at Le Manoir aux Quat Saisons. Rory's first book 'Master It' won the Andre Simon Food Book Award in 2013.

“I want to give people confidence in the kitchen. When I wrote the book it was about sharing what I do and that's the idea of the TV programme as well. I feel comfortable on television - maybe because I stand up and teach in front of a live audience two or three days a week,” he said.

Rory is a brother of Darina Allen.

Despite his fame, he is no stranger to his home town. Rory returned to Cullohill last year for a charity fundraiser in aid of the local community development group.