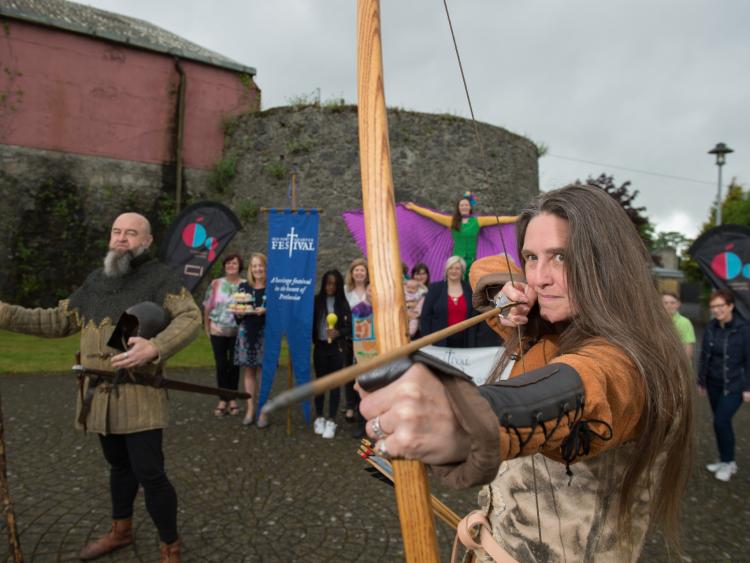 The Frank and Walters, Oasis tribute band Roll With It, Smash Hits and Transmitter are among some of the headline acts announced for the Old Fort Quarter Festival in Portlaoise this summer.

The vibrant Portlaoise street festival which marries the history and heritage of Portlaoise with modern music, games and events is expected to attracted thousands of people to the town from June 22-24.

The music line up plays a huge role in the festival as all acts are free to attend and take place on Main Street under a marquee with a lively summer atmosphere.

The Jury, The Frank & Walters and Roll With It - The Ultimate Oasis tribute Band are set to kick off the weekend on Friday night, June 22 from 7pm.

The Jury is a local Portlaoise band who regularly play gigs around the town attracting big crowds for their upbeat set list.

The Frank and Walters are an alternative pop band from Cork city formed in 1989. This is a big addition to the festival as their song ‘After All’ shot to number 2 in the iTunes charts in March this year after it was featured on the TV series The Young Offenders.

Roll With It - The Ultimate Oasis tribute band recently packed out Kavanagh’s in Portlaoise and is another welcome addition to the Friday night of the festival.

Two local bands, The Valves and Transmitter will perform on Main Street on Saturday night from 7pm and Sunday night will see local act James O'Connor and Alan Smyth take to the stage from 7.30pm ahead of 90's tribute act Smash Hits and a DJ till late who will see out the weekend in style.

The Old Fort Quarter Festival is sponsored by Rockshore Irish Lager and is supported by the Laois Partnership. Further details about the festival are available on the website: www.oldfortquarter.ie.

The Leinster Express as proud local media sponsor is happy to bring you all the latest news from the festival.

The festival was officially launched today, with only five weeks left to the big weekend see all of the information on what is on here.