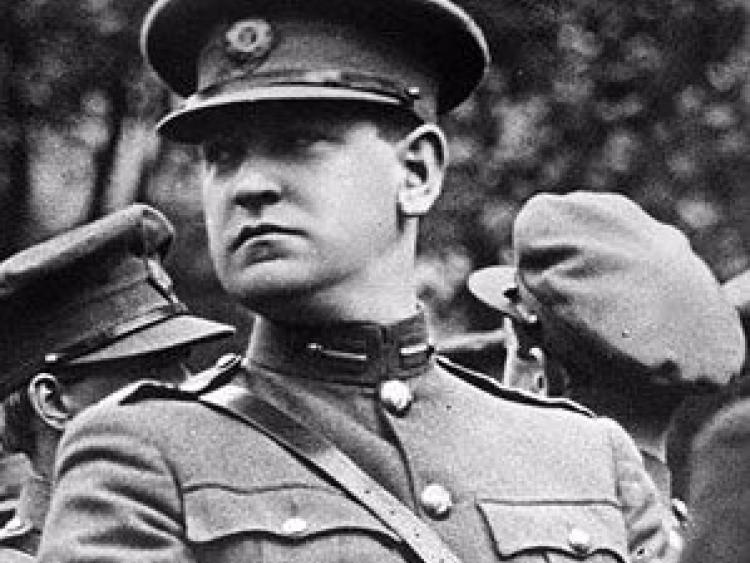 Michael Collins played a central role in the War of Indepence, Partition and the Civil War and negotiating the treaty

A budget estimate of €100,000 has been put on a contract to mount an exhibition about The Treaty which brought an end to the War of Independence and hasted the break from Britain for 26 counties.

The National Archives of Ireland has invited companies to bid for the contract to run an exhibition over 10 months from December 2021.

"The year 2021 presents a unique opportunity to commemorate the events leading up to and following the signing of the Anglo-Irish Treaty in December 1921 from a historical context with a National Archives of Ireland exhibition," say contract documents.

"The Anglo-Irish Treaty (1921) is perhaps the most significant historical document held by the National Archives. It is the intention, therefore, to curate a significant exhibition to mark the signing of the Anglo-Irish Treaty on 6 December 1921 opening at the Coach House, Dublin Castle, Dublin 2 on 6 December 2022 with a preview exhibition in London in the weeks prior to the Dublin opening in conjunction with the Irish Embassy to coincide with the time spent by the Treaty delegation in London in 1921 prior to the final agreement on the Treaty on 6 December 1921.

"The National Archives of Ireland’s Treaty collection is the repository for many records and documents that represent the events around the Treaty negotiations, the Treaty itself as well as the time spent by the delegation in London in the weeks running up to an agreement on the final Treaty which was signed on December 6 1921. It is proposed to highlight these records as well as possible of objects and images which also contribute to the telling of the full story of the events and period leading up to and following the signing of the Treaty," says the contract documents.

The contract notice says the estimated value of the contract excluding VAT is  €100,000.