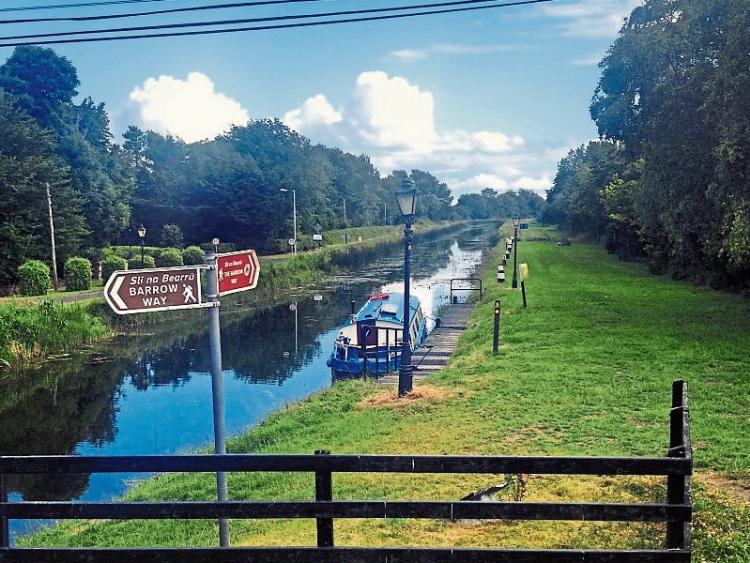 Conor has the advantage over me in that he is prepared to back up his viewpoint by conducting actual research.

I am referring of course to Conor McHugh and his great piece on cycling tourism in last week’s edition of a neigbouring paper.

In the article Conor cited a range of papers and reports to back up his assertion that, in failing to properly develop the cycleway from Dublin to Sallins and beyond, we are really missing out on a potentially sweet tourist driven revenue stream.

Now, the tourist driven revenue stream is one thing but improvements to local infrastructure and the attendant additions to the recreational opportunities and quality of life of the local community is another thing altogether.

And as Conor clearly showed, both are possible with a project of this nature. In fact, a kind of synergy is potentially there to be tapped into; the creation of economic benefits with improved tourist infrastructure while simultaneously creating social, health, environmental and cultural benefits for the indigenous that transcend quantification of the euro and cents type.

He cites the example of the Great Western Greenway, which runs from Westport to Achill in Co. Mayo, as proof that great rewards can be reaped from modest investment.

I live on the cusp of Kildare and Laois close to Monasterevin. In terms of inland waterways, our locality is very well endowed indeed. The Grand Canal and the mighty River Barrow run cheek by jowl all the way from Athy to Monasterevin.

Every time I walk, run, cycle or drive through Vicarstown I can’t help but lament the hay that other countries would make with such a picture postcard, idyllic setting. Similarly, the unique harbour in Monasterevin is, to my mind, another opportunity screaming out to be availed of.

There are several buildings in various states of dereliction in and around the North End of Main Street and parallel Drogheda Street which could be repurposed to create a summertime bohemian hub in the town.

Just picture a resplendent July afternoon and think of the cycling, barging, kayaking, boating and fishing traffic all converging at this point; hungry for lunch, for coffee, for a few pints, for accommodation, for whatever. The Canal crosses over the River at this point via a spectacular aqueduct. It is unique and thoroughly undervalued.

Monasterevin could become a kind of trail head for all this stuff, the train station is a mere two hundred yards away from the harbour to which I refer.

How easy would it be for someone to jump on the train with their bike at Heuston to head to Monasterevin for a wholesome day’s sport cycling the canal and head home that evening? Or better still cycle all the way down from Dublin along the bank in the first place. Forget the grandiose and deluded claims to be the ‘Venice of the Midlands’ and focus on something more tangible and realistic.

The current custodian of the Canal is doing a great job. The hedges are kept shorn, the grass is kept cut, large sections of it near me have been recently dredged. Apart from a few stretches the bank is practically navigable all the way from Athy to Dublin.

Myself and my older lads regularly brave the bumps and cycle from Monastervein to Rathangan or the other direction to Vicarstown and beyond. It’s possible and hugely enjoyable even as the terrain currently is, can you imagine how great it would be with appropriate and dedicated cycling and walking paths? It would not take much.

If you have ever taken the train from Holyhead to London I’m sure you will remember seeing the Canal, which runs parallel to the train for much of the journey, heaving with barges and life and people. They know the resource they have and they wring everything they can out of it. I wish the penny would drop here.

I leave the last word to Conor McHugh; “I propose that a new Grand Canal Company be formed, as a subsidiary of Waterways Ireland, perhaps, to bring new life and a new role to the Grand Canal”.