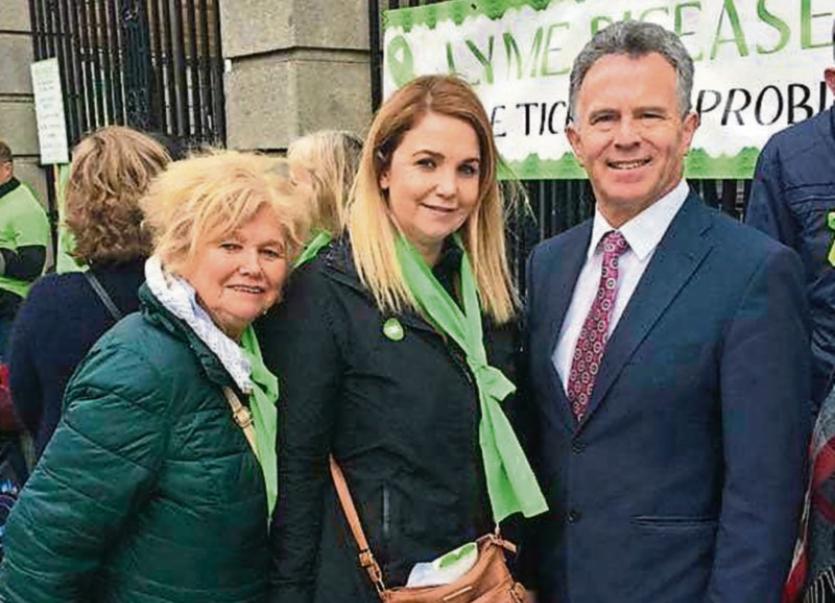 A Laois mother has highlighted the dangers of Lyme disease, which has taken a huge toll on her health.

It happened in June 2014, on a holiday in Kilmuckridge, Wexford with her husband Jason and their four sons.

“I had walked through sand dunes with rushes. My kids had wellies on but I didn’t. I only noticed a bite on my leg afterwards,” she said.

Nicola got a five day antibiotic for what was thought to be an infected mosquito bite.

She worked at the Department of Agriculture in Portlaoise, and three weeks later, felt a tingle in her leg.

“It was a bullseye rash the size of my calf, a sign of Lyme disease but I didn’t know about it,” said Nicola.

Below: Nicola's leg on the day she was bitten, and below that: the bullseye rash three weeks later. 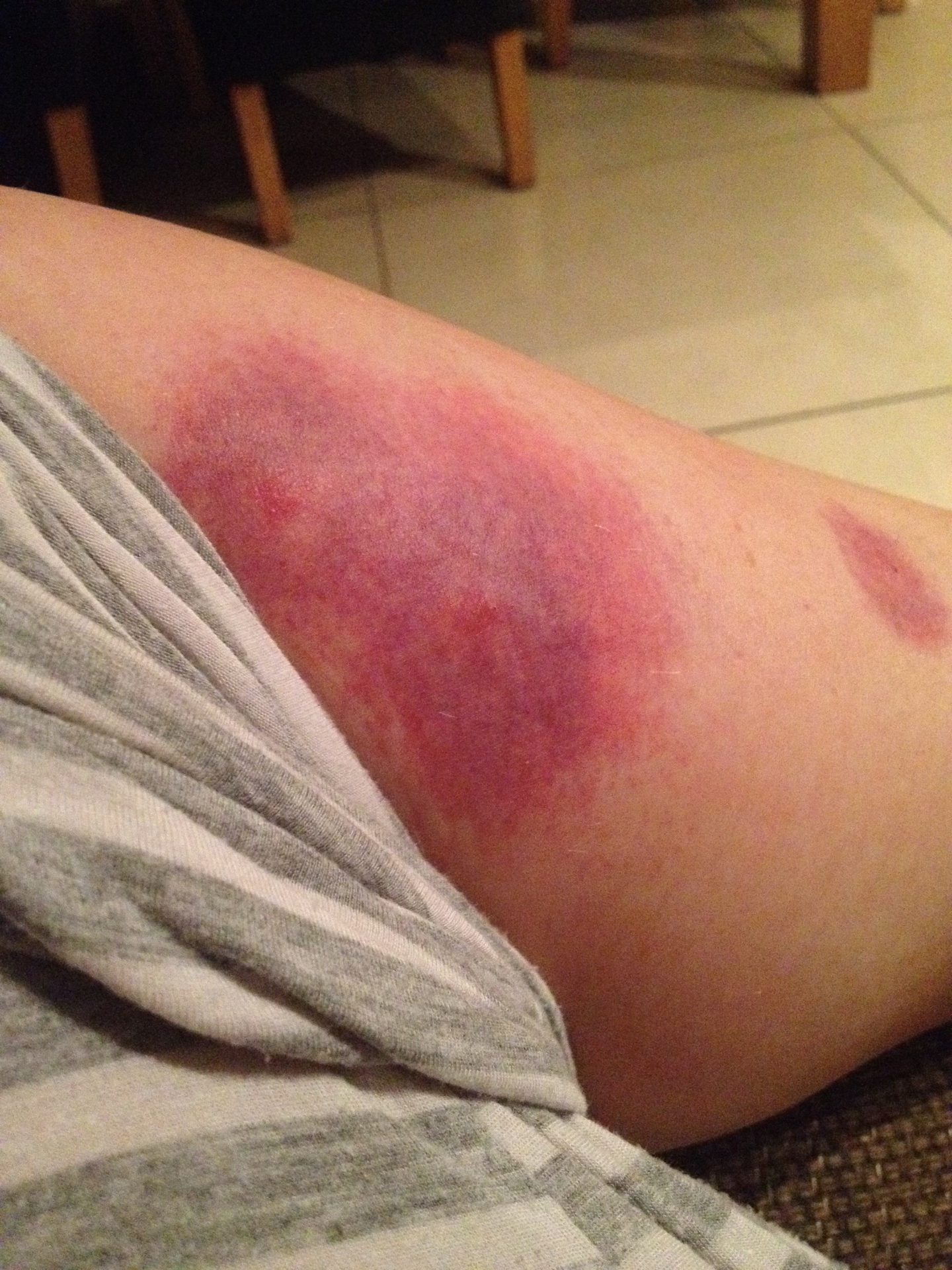 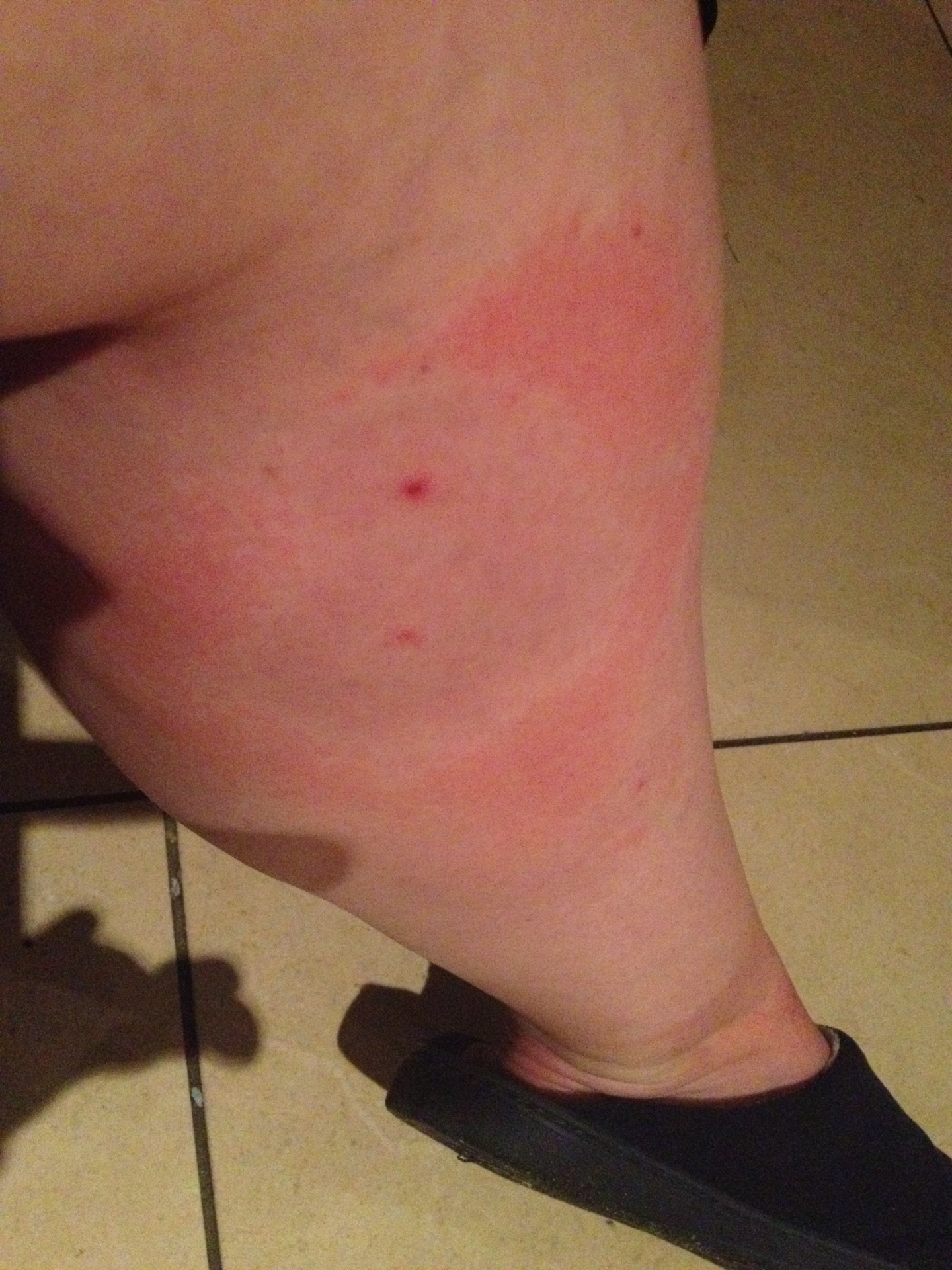 Another doctors visit and course of antibiotics followed but Nicola began to feel sick.

“I felt like I had a constant flu, a cough and aches and pains,” she said.

“Everything went blurry, and the right side of my face went numb,” she said.

She was rushed to A&E, where she underwent a lumbar puncture and was tested for Lyme disease, caused when bacteria from a tick bite enters the bloodstream around the body.

“It came back clear. My GP diagnosed it, and referred me to an infectious disease doctor, but he said I had been treated enough,” she said.

“I was just going from work to sleep, then up to mind the kids, as my husband was at work. My employers allowed me to start e-working from home. Then things came to a head, I got so sick I couldn’t keep looking after my kids,” she said.

Her parents began coming to her house to help, while Jason, a self employed carpenter, worked harder to support the family.

“I had fatigue like I’ve never had in my life, I couldn’t lift a cup. I had heart palpitations so they inserted a heart monitor my chest. I had joint pain,” said Nicola.

They got a second opinion in the Mater Private, and learned that Nicola had Lyme disease and five co-infections, all from the one bite.

She began a long course of multiple antibiotic. Still on on them over two years later she is slowly improving.

“I have more good days but I’ve a long way to go. I get a lot of headaches and numbness in my face. I haven’t been able to work since,” she said.

Last Tuesday May 1 on Lyme disease awareness day, she and her mother Margaret Roycroft went to raise awareness outside Leinster House.

“It was fantastic to speak to people who knew what I was going through, to know you’re not on your own. It’s an awful illness that can be so destructive,” she said.

“I hope it helped raise awareness and get people to take precautions, such as covering your trousers with socks in long grass or wooded areas, wearing light coloured clothes so a tick can be seen quickly, and wearing insect repellent,” Nicole said.

She said better testing and faster treatment is needed in Ireland, and financial cover.

“If it was treated initially it would save so much heartache. My prescribed supplements cost hundreds a month. I have serious illness cover, but Lyme disease is not covered,” she said.

The ordeal has been hard on her whole family.

“My four boys are aged 16 to 4, it’s tough on them. Jason tries to keep everything going. The boys play for Graiguecullen GAA, it was only when I stopped going to matches that everyone realised how sick I was,” she said.

Lyme disease symptoms can vary from mild to severe. For information and support, visit www.ticktalkireland.org