IT'S JUST A PHASE: Peace at last between brother and sister 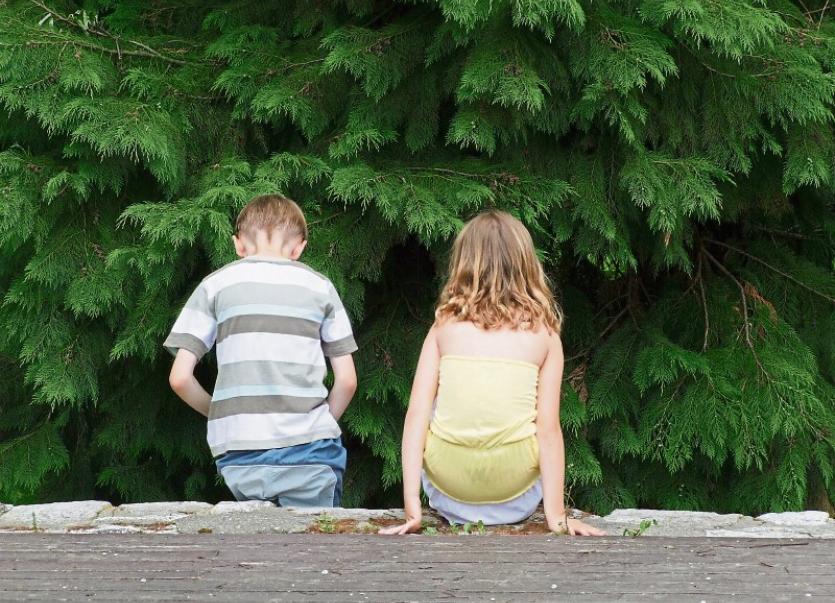 I was doing the housework one morning after I dropped the kids to school last week when suddenly it dawned on me that neither had them had watched any TV in three days.

Believe me, that’s unheard of in my house. Well, it was unheard of. And while that dawned on me I suddenly realised that my kids are finally happy to play with each other. It only took almost five years!

Well that’s a bit of an exaggeration but I have certainly been a very long time waiting for this. I can’t believe it took me so long to cop it too.

When I announced I was pregnant with Sarah in the summer of 2014, all anybody told me was what good friends my kids were going to be. Aidan wasn’t even one when I was fortunate to fall pregnant with herself and was only 18 months old when she made her appereance on a cold December night in The Coombe.

Obviously at first the age gap was mammoth but I longed for the day that my little boy and little girl became best friends or as thick as proverbial theives.

I waited and waited. And then I waited some more. And more after that too. Truth be told they were anything but great friends when they ‘came of age’.

All day every day Aidan rubbed her up the wrong way just to get a rise out of her. She always took the bait too. He’d make her roar countless time every single day. He’d tell her she was smelly and queue the tears.

He’d close the door of his room, shutting her out, and she’d lose the will to live. He would just go a step too far with the rough play and herself couldn’t cope at all.

So that’s why I’m so surprised that I didn’t notice the new peace and harmony between Aidan and Sarah. Don’t get me wrong, they still fight, but it’s nowhere near as bad as it used to be. They are siblings after all!

So what has changed? As far as I can see absolutely nothing has changed so I can only put it down to the both of them getting that bit older. Or perhaps it’s down to Sarah starting big school. Whatever it is, I am just loving it.

They disappear into Aidan’s room for hours on end and build Lego together. The same box of Lego has been in his room for at least two years now and up until recently neither of them so much as looked at it, let alone opened it.

I hear roars of laughter coming from the roomn as they have the craic together. It makes such a change from the high pitched screams of Sarah freaking when Aidan looked at her the wrong way!

The recent mid-term break was actually a pleasure. I didn’t hear ‘I’m bored’ from one of them the whole week. When the weather was dry they were outside pottering together and when it was wet they were in making all sorts of crazy games up together.

One of their new favourite games is when one or other pretends to be a dog. They put an imaginary lead on the dog and walk it round the house.

The ‘dog’ is on all fours, stops for food and water breaks from an imaginary bowl on the floor and on they go for ages and ages. Whatever floats their boat!

Playing school is also a new firm favourite game. Being the bossy one, more often than not, Aidan is the teacher and he’s flat out giving Sarah stars for being such a good pupil.

I love watching them play, especially when they don’t know I’m watching them. There’s nothing nicer than the minds of small children and hearing their laughter.

So there you have it, the day when my kids are great buddies has finally arrived. So if you happen to be a parent with small ones who do nothing but fight, like I was, don’t despair. Their day will come too.

And I’d say my telly is glad of the rest! I wonder will it make any difference to the electricity bill?!