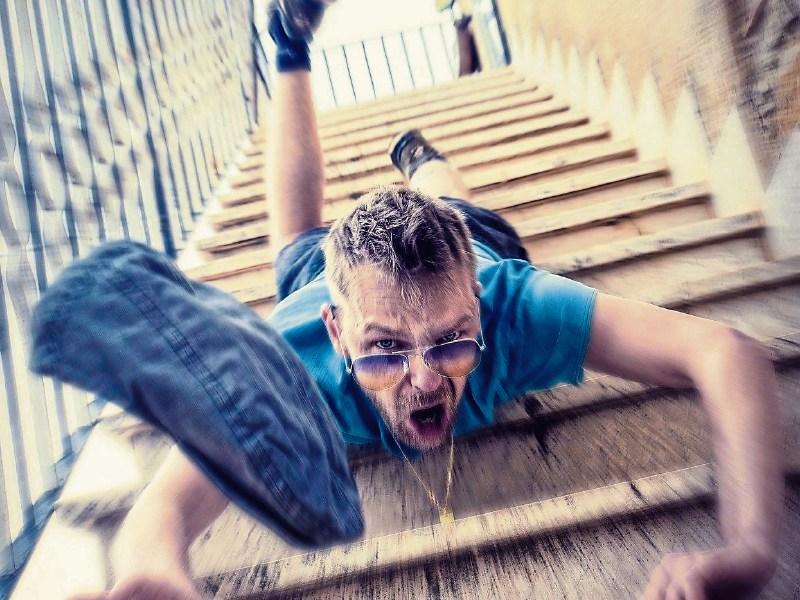 The first step: Don't go head first into a new project without doing the research beforehand

IN April 1995, McArthur Wheeler was arrested in Minnesota, under suspicion of carrying out two bank robberies.

He couldn’t believe the police found out it was him. He thought he did everything right, to make the robberies full proof. He staked out the banks, knew the correct time to pounce, and he rubbed lemon juice all over his face, which of course made him invisible, so how did they know it was him?

I’ll come back to Wheeler in a moment, but do you remember the guy I was telling you about a few weeks back, who bought a car for €50,000 from a redundancy payment.

I called him Flash Harry.

Whether you remember him or not, doesn’t really matter. But, if by chance you do, here’s the thing, I only told you one half of his story back then. And now I’m going to tell you the other half.

You see the reason I’m going to talk some more about Flash and McArthur Wheeler, is because both suffer from what’s become known as The Dunning Kruger Effect.

Wheeler was actually the inspiration for the Dunning Kruger Effect, because after learning what he did, two researchers working at Cornell University, David Dunning and Justin Kruger, decided to investigate further and find out, were their others like Wheeler. And there was, there were many more like him, and what ended up as being commonly known as the Dunning Kruger Effect, started off as an original paper entitled, Unskilled and Unaware of It.

Anyway, the day I met Flash, he also revealed that he was setting up an online trading account and had set aside €30,000 for this project, which was all the redundancy money he had left.

I asked him what experience he had with trading stocks, and he admitted he had absolutely none, but during lockdown he had time on his hands’, and he started reading some books. And one really caught his attention, and it was written by Larry Williams, called, How I Made a Million Dollars Last Year Trading Commodities.

He told me I should read it and if I did, perhaps I wouldn’t have to waste my time giving financial advice to, and I quote, mugs who don’t know how to invest.

I thanked him for his generosity and my quid pro quo was a suggestion he read a book called, What I Learned Losing A Million Dollars, by Jim Paul.

I told him, I thought anyone interested in investing should start off slowly and study books about losses and find out how not to lose money. They’re the type of books smart investors are reading because they want to learn from someone else’s mistakes, not their own.

That was all lost on, Flash, because he wanted instant success, but there you go, I tried.

And unfortunately, he had some success to begin with, and I say unfortunately, because I think he thought the small success he had, was down to his abilities rather than what I suspect it was, luck.

Worryingly, he wasn’t investing in the run of the mill type investments, no, he was investing in music royalties, hurricane options, firearms manufacturers including companies making taser guns. Maybe he’s much smarter than I am, and these are the things you should be investing in, but it did seem to me, that you’d want to have very specialised knowledge in these areas.

When I asked him how the past couple of weeks of trading had gone, he said not as good as when he started out, and when I pressed him and asked what that meant, he said he was at break-even.

And you know, when someone like him says they’re at break-even, my sense is that they’re down money, and it could be big money.

I wanted to tell you about him, because he was text-book Dunning Kruger. He thought he was smarter than he actually was, which meant he overestimated his knowledge and competency levels.

The obvious downsides to this, are poor decision making, and in his case, it could ultimately lead to his savings being wiped out.

There’s a fine line between knowing what we know and what we don’t know, and we can easily stray over the line. When we move outside our sphere of competency, we may lack the awareness to know it. And look the truth is, that we all lack self-insights from time to time, and we’re all members of the Dunning Kruger Club, it’s just sometimes we don’t know when we’re active members, that’s all.

The problem with people suffering from the Dunning-Kruger effect, is (a) not being able to spot their mistakes and (b) not being aware that they have serious knowledge deficits in particular areas. They can’t step back and evaluate what they’ve done or are thinking of doing.

That’s what the problem with Flash was. He was very unskilled in what he was about to embark on, and he was completely unaware of it.

So, how do we overcome the Dunning Kruger Effect?

I’d say, keep learning, and always dig a bit deeper on whatever is important to you. And if one of those areas is personal finance, then find out if you are saving enough into your pension fund, find out when you can afford to retire, find out if are you saving into the correct fund, find out how you can repay your mortgage or any other debt faster, find out how you can optimise your savings by doing it in a sensible way which suits your appetite to risk and so on.

The more knowledge you gain, the more you’ll realise how much there is to know, which can help pull you back from thinking you’re an expert.

I’d also say consult with others who are more knowledgeable than you, before you go it alone. Listen to what they have to say and try gain as much insights as you can from them.

If McArthur Wheeler consulted someone close to him and said, listen, I know that if I rub lemon juice all over my face it will turn me invisible, so I’m going to rob a bank, and no one will ever know it was me, what do you think?

They may have said, don’t think so McArthur. And maybe if he asked and took their council, he wouldn’t have been sentenced to 24-years in jail.

So, if you’re thinking of moving employer or changing career or setting up a new business or you’re a first-time property investor, or you’re thinking of buying a property abroad or you want to set up a self-administered pension scheme, get a second opinion. And you’re not doing it just to get validation from someone else, you don’t need that, you’re getting it, to see if you’ve thought things through properly and you haven’t missed out on anything, and you’re also doing it, because you don’t fall victim to the Dunning Kruger Effect, that’s all.