With the Ken Smollen Food Appeal close to its fifth birthday, Hannah Cahill spoke to its founder Ken Smollen on the long journey the former Laois Garda has taken in providing food for local families 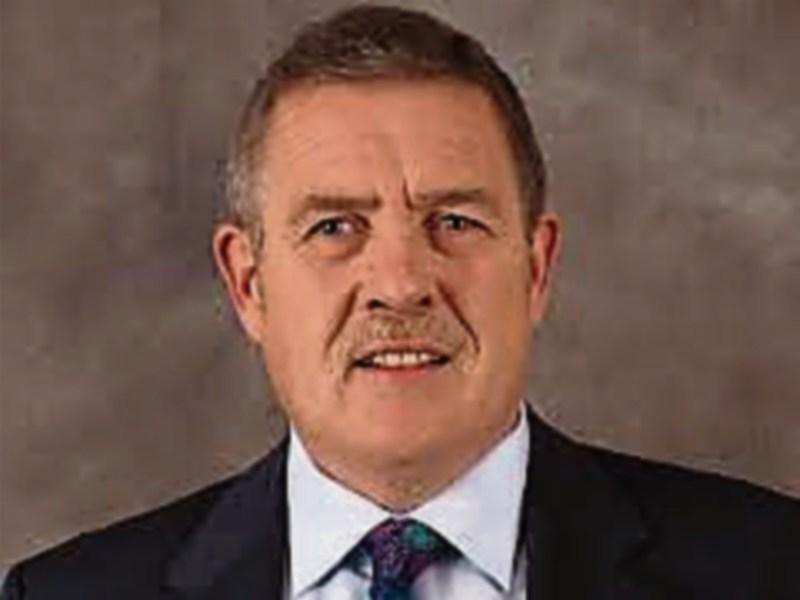 Before Ken Smollen began his campaign to tackle food poverty, he was a Garda for over 30 years.

In April of 2012 he retired from Portlaoise Garda Station and shortly afterwards began his mission.

“I have learned a hell of a lot more about lifestyles than I ever did in 30 years as a guard,” he said.

“I used to go to repossession court to support families being evicted. It was there that I encountered a family handing over the keys of their house and being forced to live in their car. A few weeks later they told me they were travelling to Dublin as there was nowhere in the Midlands where they could receive food”, he explained.

On his first night in Dublin, he witnessed over 195 people queuing just for something to eat that night. He returned the following week and was told there were 255.

“Outside of the GPO I found more than 450 people queuing. This included young people holding babies, old people on Zimmer frames,” he said.

“Three of the people I spoke to happened to be from Offaly, travelling just to get something to eat.”

It was here that Ken and a handful of volunteers decided to look for these local families travelling for food, and see what could be done for them, as there were little supports in the Midlands for people in this situation.

“Many people are embarrassed about needing help and are too ashamed to call local charities such as St. Vincent de Paul, because most of the volunteers in these charities are local,” confided Ken.

To combat this, the KS Food Appeal promises utter confidentiality.

“The volunteers helping to package the food don’t know where I go with it. They don’t want to know, and I will never say, and its been like this since day one.”

The group began helping just a handful of people, and now are currently helping 976 families in Offaly and surrounding counties.

“I think it is wonderful that these people aren’t living in shameful poverty. Children are my main focus, no matter what the problem is, no matter what blame could be pushed on parents, this is about children; children are innocent,” said the Offaly councillor.

“Back in 2013 there was research done on food poverty by two trade unions. They broke it down by county, but overall, there were 600,000 people experiencing food poverty every day on the island of Ireland.”

The figures showed that in Offaly, there were 8900 experiencing food poverty daily, with 8,800 in Laois, and 9,300 in Westmeath.

In total, there were in excess of 100,000 people in Offaly and surrounding counties experiencing food poverty every day. Yet Ken believes that these figures are wrong.

Different reports come from different people, but the figures are crazy and three times the believed amount,” he said.

“This is where my focus is. Every day, from half past 4, I have my cup of coffee and begin work.

“On average, I deliver food to 20 families a day. Some days it’s 15, some days It’s 30. They could be anywhere, but because people in Tullamore know me, I do a lot of work there particularly. I have over 350 families here that I help.”

“If you had asked me six years ago how many people in Tullamore live in poverty, I would have said 10-15. Yet there are 350 families with a once monthly visit to make life easier for them,” he said.

The Offaly man believes that food poverty was ultimately worsened by the bank bailouts. Many families lost their jobs, while there were tax increases and charges on levies.

“So many people aren’t earning a fraction of what they did then,” he explained.

“A lot of families are paying huge rents because of the housing crisis or are struggling with a mortgage.

“Women in particular will often go 1-3 days a week without eating in order to feed their children. Our team would not work without the assistance from dedicated people and decent and generous businesses, there are clubs and schools helping us with this too.

“They will help pack and collect non-perishable foods for me to deliver,” he says.

Of the food bags provided, there are approximately 30 items that go into each bag. The service is provided 7 days a week, 365 days a year, Christmas Day included.

The voluntary group has founded branches called Family Rescue Teams in Ballyroan, Moate, Athlone, Portarlington/Mountmellick and Banagher. The KS Food Appeal the best way for the public to help is to establish a Family Rescue Team in their area.

“A team could be you and your neighbours, you and your family or your friends. You meet once a month and gather food, and I will travel to you to pick it up,” Ken explained.

“For example, this morning I collected a full van load of food from Cloghan. A load of people got together and once a month food is left into Cloghan Hall. This is exactly how people can help us.”

The journey for the Ken Smollen Food Appeal has been slow, but it is widening.

“The problem is that we are not even scratching the surface of this crisis. There are so many families that won’t even contact anyone, even if they are told its confidential. People's pride and feelings of embarrassment and shame can prevent them from asking for help. Recently I have had children contacting me asking me to help their family.”

With the campaign running close to five years now, Ken believes that the group still has much work to do.

“I believe that this will expand, because it has to. If it does not expand, families experiencing food poverty will have no one getting to them. Their children will grow up and raise their children in similar circumstances. We have to prevent this and look after the children.

“I just didn’t realise how bad things were, you never hear about it in the media. It is a hidden Ireland that really exists, hidden because people are afraid to talk about it.

“In the 21st century, it's crazy, and it must be solved once and for all.

“If I can help people, I will. It does not matter if they are from Tullamore, or even Offaly. My phone number is open to everybody.”

“The one thing I ask is that you preferably leave me a text message with your information. If you are calling me, please leave a voice message. I travel a lot making it hard to take details over the phone, but I promise we will get back to you,” he concludes.