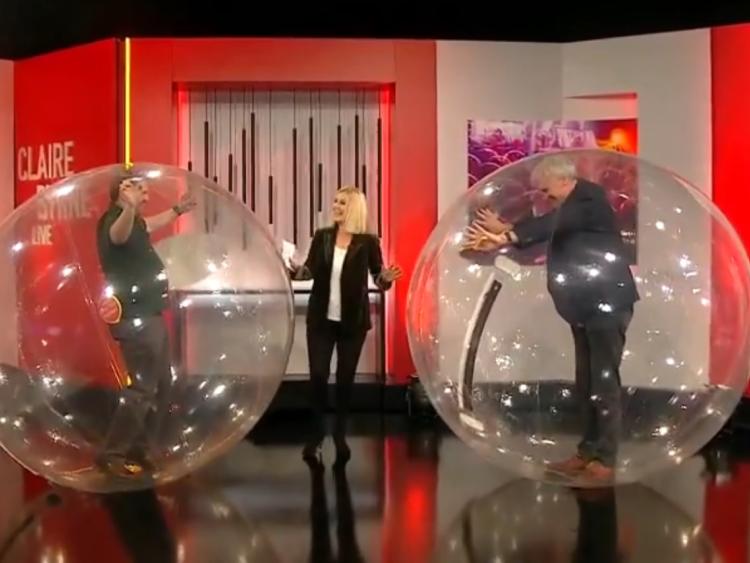 "Can I have your number?"

That was the sign shown by comedian Durrow Bernard O'Shea showed from inside a zorb when he appeared on Mountrath native's Claire Byrne Live show on RTÉ on Monday night.

After showing the sign to Claire, the Laois comedian added.

"That's what I would have said to you if I ever bumped into you around the nightclubs of Laois. But we never did. I don't think you would have given it to me," he said.

American Band The Flaming Lips have come up with an innovative idea to get live audiences back into their gigs – the band and their audience are in bubbles!

Bernard appeared with Prof Luke O'Neill to demonstrate how the big plastic balls could maybe be used to allow people to attend gigs.