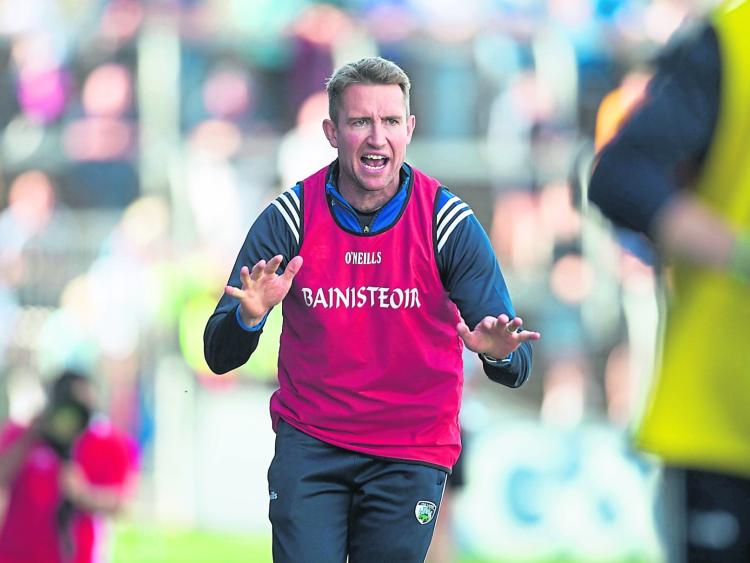 The Laois hurling manager Eddie Brennan has been awarded the EirGrid 'Manager Moment of the Month' for July having guided the O'Moore hurlers all the way to an All-Ireland quarter-final.

Brennan, an eight-time All-Ireland winner with Kilkenny, took over the reigns of the Laois hurlers in September of 2018 and in his first season in charge guided them to an Allianz league quarter-final, an unbeaten run to claim the Joe McDonagh Cup, the shock of the hurling championship when his Laois side overturned Dublin in the All-Ireland preliminary quarter-final to setup an All-Ireland quarter-final against the eventual champions, Tipperary.

EirGrid, the state-owned company that develops and manages the flow of electricity across the land, launched this new award to recognise the Managerial Moments In Time that capture the public’s imagination and light up the All-Ireland Football and Hurling Championships.

There will be monthly winners for July, August and September with the overall winner being selected from the three-monthly winners.

Brennan was this morning announced as the inaugural winner of the award, claiming the July gong.

Congratulations to @NedzerB13 for winning our July Manager Moment of the Month! The manner in which he re-focused Laois after winning the Joe McDonagh Cup was remarkable. A week later they pulled off the shock of the senior hurling championship when Laois beat Dublin #EirGridGAA pic.twitter.com/jj5MKL8yKR