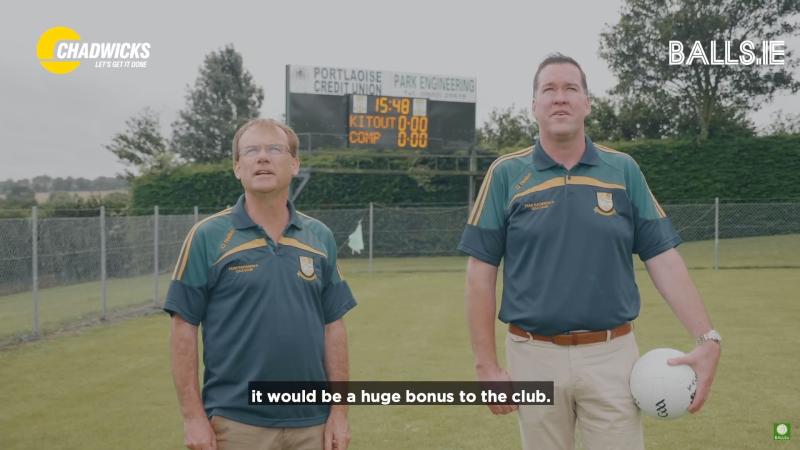 Park-Ratheniska GAA club have made it to the final three of Chadwick's Kit Out competition and are in with a chance of winning €10,000.

To celebrate their sponsorship of the Leinster GAA Chadwick's Club Hurling League, Chadwick's also launched their Kit Out competition which offered clubs in Leinster the opportunity to win an overall prize of €10,000. Aside from that, there was also €1,000 up for grabs for each of the 12 counties in Leinster.

Park-Ratheniska claimed the €1,000 prize on offer for Laois, and now the dual-club have reached the final three and are in with a chance of winning the €10,000 overall prize.

Stacked against Kilmacow GAA club in Kilkenny and Offaly's Kilcormac Killoughey for the grand prize, Park-Ratheniska intend to invest the funding in growing and modernising their Clubhouse as outlined in the video below.

Voting is open to the public at this link - HERE (scroll to the bottom of the page) - so get behind your neighbours!

The winner will be announced on the 20th of September so get voting.