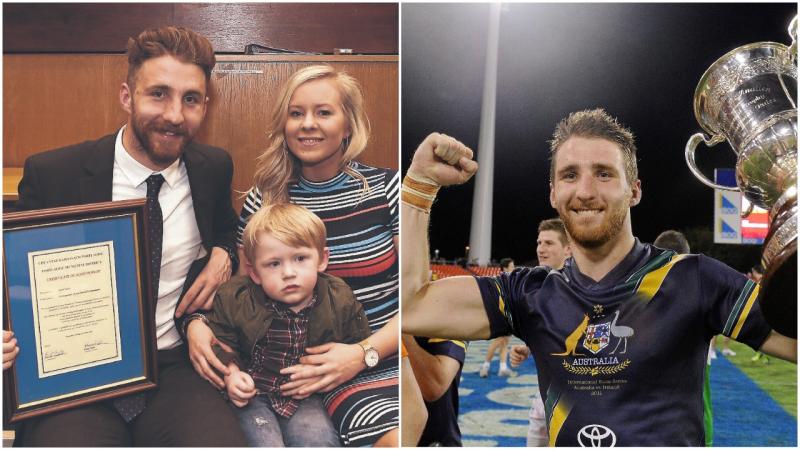 Portlaoise native Zach Tuohy was in action with his club Geelong Cats in the AFL Premiership finals earlier today, unfortunately coming out on the wrong side of the final scoreline.

Tuohy's club, Geelong Cats, finished top of the AFL ladder after the conclusion of the regular Premiership season to fins themselves in the last eight of the competition.

Tuohy was joined in the Geelong ranks by fellow Irishman and Kerry native Mark O'Connor, the Kerryman enjoying a breakthrough year with the Cats. Tuohy ,on the other hand, has seen his playing time limited this season due to a knee injury picked up in the early rounds.

In just his 16th appearance of the season and with the Cats trailing last year's beaten finalists Collingwood, Tuohy unleashed a cracking curling effort between the posts to cut the margin back to 19 points right before the half-time break - a comeback they continued after the restart but ultimately came up ten points short at the final buzzer.

Despite their loss, Tuohy's Cats are still in the semi-final next Friday 13th September. Watch the video of Tuohy's goal below:

The Cats claw back courtesy of this Tuohy beauty!#AFLFinals pic.twitter.com/ivoV7j2TZj